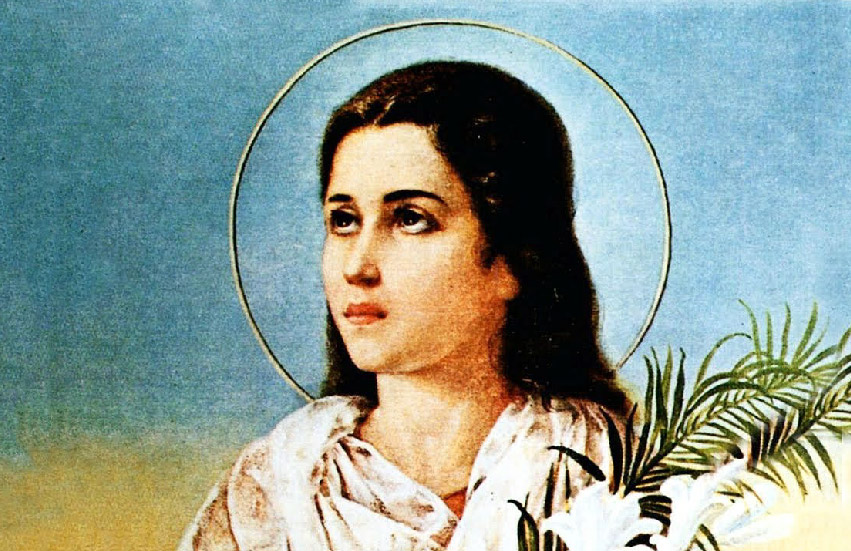 Maria Goretti was born a poor peasant child in Italy on October 16, 1890. Alessandro Serenelli age of 20 began to make advances on Maria, she rebuffed them all. On July 5, 1902, he grabbed her, and demanded that she submit to him, but she told him that if would be a sin. He then stabbed her 14 times in her heart, lungs, and intestines. And then fled. She survived for 20 hours in the hospital. She had forgiven her murderer for the love of Jesus. She died on July 6, 1902.