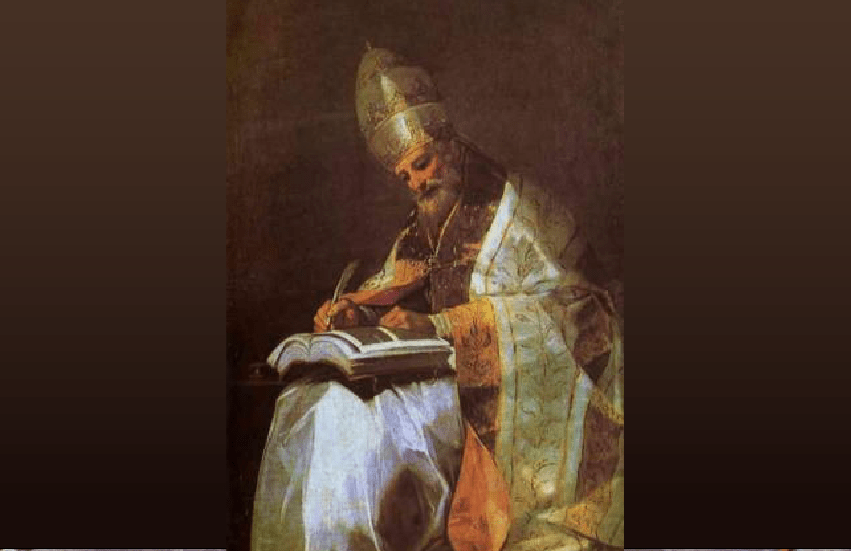 St. Leo the Great – Pope, Confessor, Doctor of the Church

LEO was born at Rome. He embraced the sacred ministry, was made archdeacon of the Roman Church by St. Celestine, and under him and Sixtus III. had a large share in governing the Church. On the death of Sixtus, Leo was chosen Pope, and consecrated on St. Michael’s day, 440, amid great joy. It was a time of terrible trial. Vandals and Huns were wasting the provinces of the empire, and Nestorians, Pelagians, and other heretics wrought more grievous havoc among souls. Whilst Leo’s zeal made head against these perils, there arose the new heresy of Eutyches, who confounded the two natures of Christ. At once the vigilant pastor proclaimed the true doctrine of the Incarnation in his famous “tome;” but fostered by the Byzantine court, the heresy gained a strong hold amongst the Eastern monks and bishops. After three years of unceasing toil, Leo brought about its solemn condemnation by the Council of Chalcedon, the Fathers all signing his tome, and exclaiming, “Peter hath spoken by Leo.” Soon after, Attila with his Huns broke into Italy, and marched through its burning cities upon Rome. Leo went out boldly to meet him, and prevailed on him to turn back. Astonished to see the terrible Attila, the “Scourge of God,” fresh from the sack of Aquileia, Milan, Pavia, with the rich prize of Rome within his grasp, turn his great host back to the Danube at the Saint’s word, his chiefs asked him why he had acted so strangely. He answered that he saw two venerable personages, supposed to be Sts. Peter and Paul, standing behind Leo, and impressed by this vision he withdrew. If the perils of the Church are as great now as in St. Leo’s day, St. Peter’s solicitude is not less. Two years later the city fell a prey to the Vandals; but even then Leo saved it from destruction. He died A. D. 461, having ruled the Church twenty years.

Reflection. —Leo loved to ascribe all the fruits of his unsparing labors to the glorious chief of the apostles, who, he often declared, lives and governs in his successors.