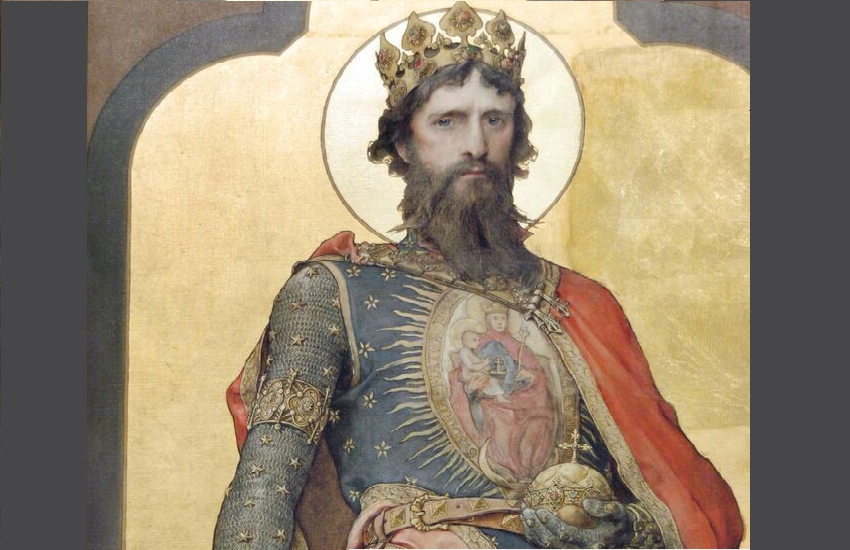 LADISLAS the First, son of Bela, King of Hungary, was born in 1041. By the pertinacious importunity of the people he was compelled, much against his own inclination, to ascend the throne, in 1080. He restored the good laws and discipline which St. Stephen had established, and which seem to have been obliterated by the confusion of the times. Chastity, meekness, gravity, charity, and piety were from his infancy the distinguishing parts of his character; avarice and ambition were his sovereign aversion, so perfectly had the maxims of the Gospel extinguished in him all propensity to those base passions. His life in the palace was most austere; he was frugal and abstemious, but most liberal to the Church and the poor. Vanity, pleasure, or idle amusements had no share in his actions or time, because all his moments were consecrated to the exercises of religion and the duties of his station, in which he had only the divine will in view, and sought only God’s greater honor. He watched over a strict and impartial administration of justice, was generous and merciful to his enemies, and vigorous in the defence of his country and the Church. He drove the Huns out of his territories, and vanquished the Poles, Russians, and Tartars. He was preparing to command, as general-in-chief, the great expedition of the Christians against the Saracens for the recovery of the Holy Land, when God called him to Himself, on the 30th of July, 1095.

Reflection. —The Saints filled all their moments with good works and great actions; and, whilst they labored for an immortal crown, the greatest share of worldly happiness of which this life is capable fell in their way without being even looked for by them. In their afflictions themselves virtue afforded them the most solid comfort, pointed out the remedy, and converted their tribulations into the greatest advantages.