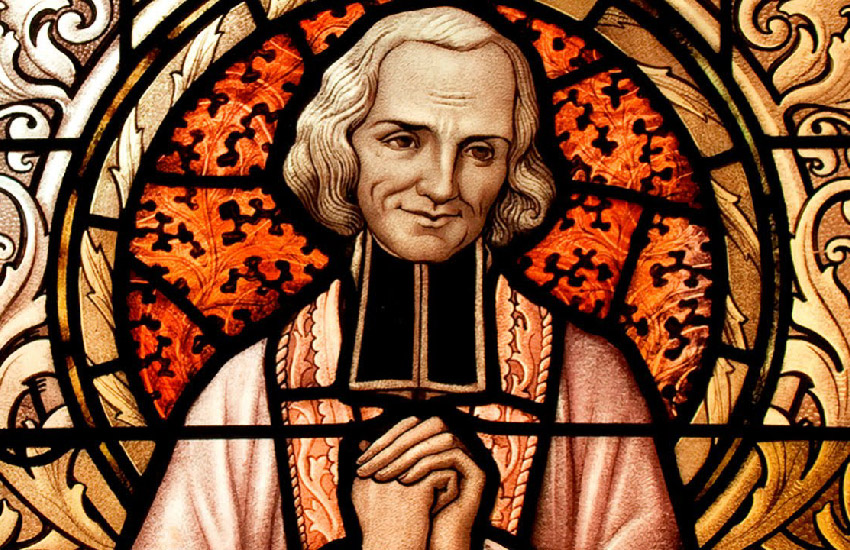 St. John Mary Vianney was born at Dardilly, France, in 1786. He was a farm-hand until his nineteenth year, when he began his studies for the priesthood. His talents were poor, and his progress slow. He was ordained at Grenoble in 1815; he became parish priest of Ars in 1818. That little town was the scene of his marvelous labors until his holy death, August 4, 1859. He was canonized May 31, 1925., by Pope Pious XI. For forty years his food and sleep were insufficient to sustain hum life; during the last ten years of his life he spent from sixteen to eighteen hours a day in the confessional. Enlightened by God, he could read hearts and soften the most hardened sinner. He healed the sick, and cast out devils; like his Master he was openly persecuted, calumniated and hated by wicked men. His little parish attracted thousands of people. Towards the end of his life 158,000 people visited Ars in a single year. He founded an orphanage for girls, trusting its support to Divine Providence, He had the gift of prophecy, and told many souls what the future held in store for them. He is in a special manner the model of all parish priests.