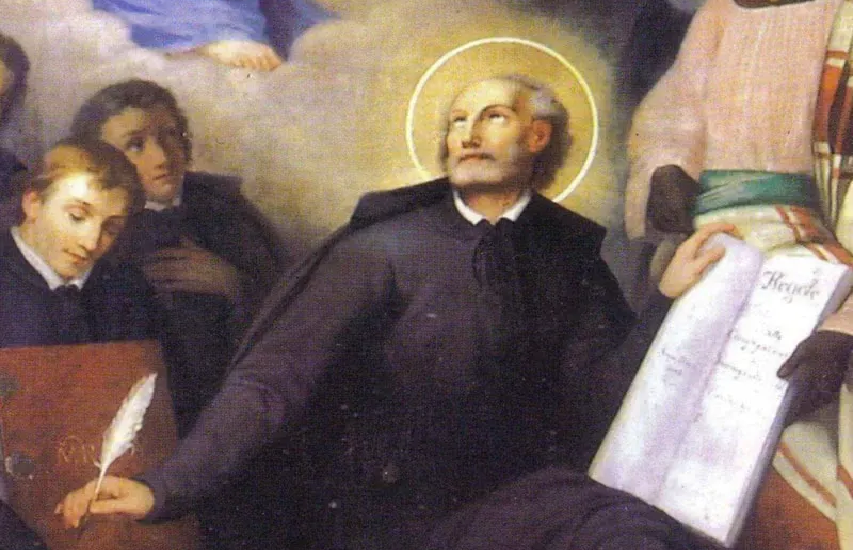 The parable of the Mustard Seed growing into a great tree is verified not only in the life of the Church but often in the work of saintly priests. It is vividly true in the career of the Saint honored today. Born in 1543 in Italy, where he died sixty-six year later, John Leonard was first a pharmacist’s helper in Lucca. It was not until he was twenty-six that he began to study for the priesthood. He was forty at the time of his ordination and for the next twenty-five years he engaged in many apostolic labors. The heresies of his day were robbing the young, particularly, of their birthright of the true faith. For them he established a Congregation, the Clerks Regular of the Mother of God. I was, like so many zealous endeavors, threatened with dissolution but was saved by the direct action of the Pope. Burning with great zeal for souls, he wanted to go to the foreign missions but St. Philip Neri, who looked upon him as a real reformer, told him that his mission was to the people of Italy. This vocation at home, however, did not dampen his ardor for the fields afar and, through another priest, he managed to arrange a group to form young men to go as priests to pioneers in the work of the Propagation of the Faith. Pope Pius X beatified St. John Leonard, and he was canonized by Pope Pius XI in 1938.
Reflection. —In our day, many people who in their early youth either felt no attraction to a life of zeal for others or were unable through circumstances to fulfill such a desire come “better late than never” to serve God and neighbor. These are generous souls who go forward despite difficulties. See what the world would have missed had St. John Leonard been discouraged.