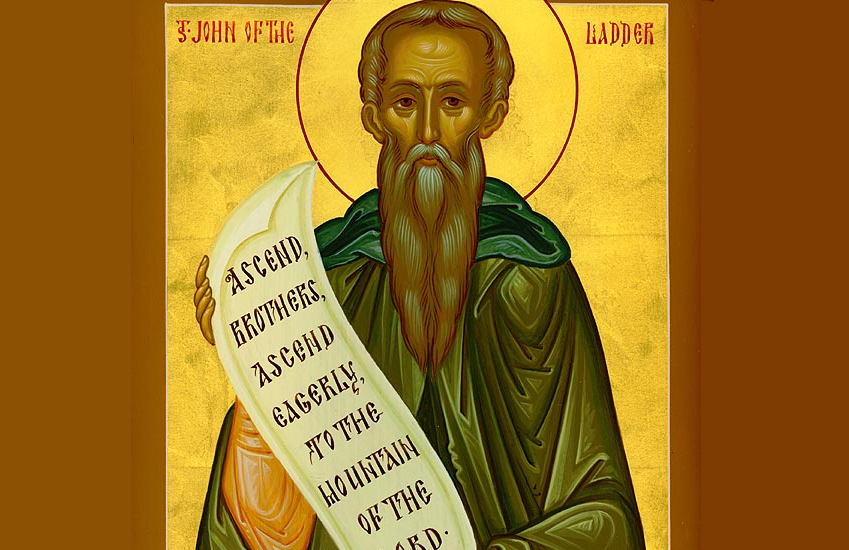 JOHN made, while still young, such progress in learning that he was called the Scholastic. At the age of sixteen he turned from the brilliant future which lay before him, and retired to Mt. Sinai, where he put himself under the direction of a holy monk. Never was novice more fervent, more unrelaxing in his efforts for self-mastery. After four years he took the vows, and an aged abbot foretold that he would some day be one of the greatest lights of the Church. Nineteen years later, on the death of his director, he withdrew into a deeper solitude, where he studied the lives and writings of the Saints, and was raised to an unusual height of contemplation. The fame of his holiness and practical wisdom drew crowds around him for advice and consolation. For his greater profit he visited the solitudes of Egypt. At the age of seventy-five he was chosen abbot of Mt. Sinai, and there “he dwelt in the mount of God, and drew from the rich treasure of his heart priceless riches of doctrine, which he poured forth with wondrous abundance and benediction.” He was induced by a brother abbot to write the rules by which he had guided his life; and his book called the Climax, or Ladder of Perfection, has been prized in all ages for its wisdom, its clearness, and its unction. At the end of four years he would no longer endure the honors and distractions of his office, and retired to his solitude, where he died, in 605.
Reflection. —”Cast not from thee, my brother,” says the Imitation of Christ,” the sure hope of attaining to the spiritual life; still hast thou the time and the means.”