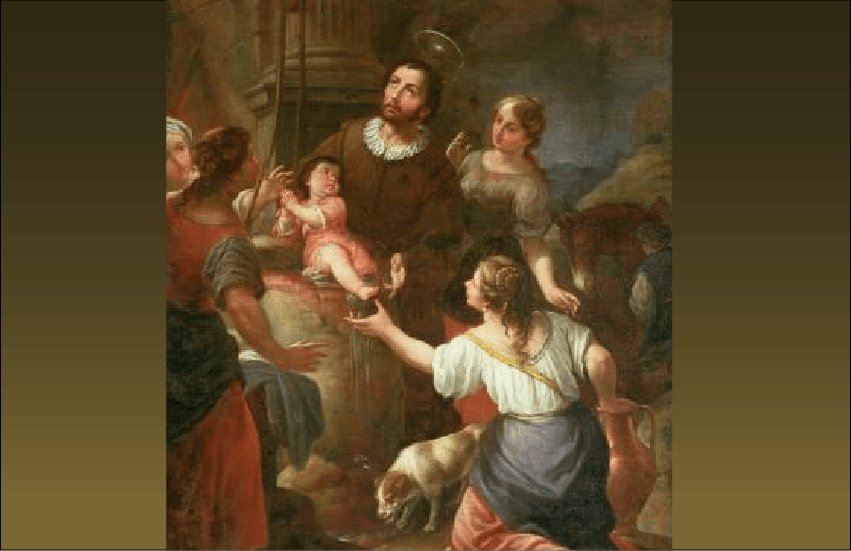 ISIDORE was born of a ducal family, at Carthagena in Spain. His two brothers, Leander, Archbishop of Seville, Fulgentius, Bishop of Ecija, and his sister Florentina, are Saints. As a boy he despaired at his ill success in study, and ran away from school. Resting in his flight at a roadside spring, he observed a stone, which was hollowed out by the dripping water. This decided him to return, and by hard application he succeeded where he had failed. He went back to his master, and with the help of God became, even as a youth, one of the most learned men of the time. He assisted in converting Prince Recared, the leader of the Arian party; and with his aid, though at the constant peril of his own life, he expelled that heresy from Spain. Then, following a call from God, he turned a deaf ear to the entreaties of his friends, and embraced a hermit’s life. Prince Recared and many of the nobles and clergy of Seville went to persuade him to come forth, and represented the needs of the times, and the good he could do, and had already done, among the people. He refused, and, as far as we can judge, that refusal gave him the necessary opportunity of acquiring the virtue and the power which afterwards made him an illustrious Bishop and Doctor of the Church. On the death of his brother Leander he was called to fill the vacant see. As a teacher, ruler, founder, and reformer, he labored not only in his own diocese, but throughout Spain, and even in foreign countries. He died in Seville on April 4, 636, and within sixteen years of his death was declared a Doctor of the Catholic Church.

Reflection. —The strength of temptation usually lies in the fact that its object is something flattering to our pride, soothing to our sloth, or in some way attractive to the meaner passions. St. Isidore teaches us to listen neither to the promptings of nature nor the plausible advice of friends when they contradict the voice of God.