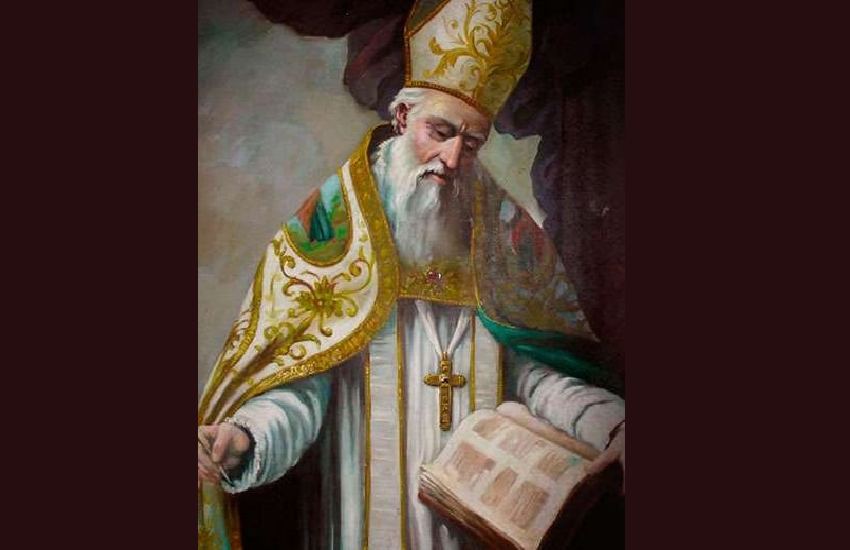 THIS Saint was born about the year 120. He was a Grecian, probably a native of Lesser Asia. His parents, who were Christians, placed him under the care of the great St. Polycarp, Bishop of Smyrna. It was in so holy a school that he learned that sacred science which rendered him afterward a great ornament of the Church and the terror of her enemies. St. Polycarp cultivated his rising genius, and formed his mind to piety by precepts and example; and the zealous scholar was careful to reap all the advantages which were offered him by the happiness of such a master. Such was his veneration for his tutor’s sanctity that he observed every action and whatever be saw in that holy man, the better to copy his example and learn his spirit. He listened to his instructions with an insatiable ardor, and so deeply did he engrave them on his heart that the impressions remained most lively even to his old age. In order to confute the heresies of his age, this father made himself acquainted with the most absurd conceits of their philosophers, by which means he was qualified to trace up every error to its sources and set it in its full light. St. Polycarp sent St. Irenæus into Gaul, in company with some priest; he was himself ordained priest of the Church of Lyons by St. Pothinus. St. Pothinus having glorified God by his happy death, in the year 177, our Saint was chosen the second Bishop of Lyons. By his preaching, he in a short time converted almost that whole country to the Faith. He wrote several works against heresy, and at last, with many others, suffered martyrdom about the year 202, under the Emperor Severus, at Lyons.

Reflection. —Fathers and mothers, and heads of families, spiritual and temporal, should bear in mind that inferiors “will not be corrected by words” alone, but that example is likewise needful.