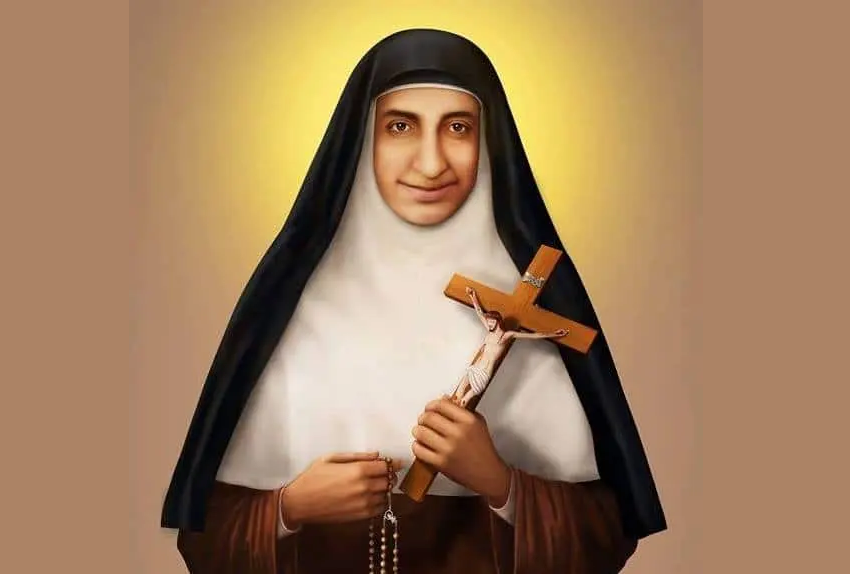 EUPHRASIA was the daughter of pious and noble parents. After the death of her father his widow withdrew privately with her little daughter into Egypt, where she was possessed of a very large estate. In that country, she fixed her abode near a holy monastery of one hundred and thirty nuns. The young Euphrasia, at seven years of age, begged that she might be permitted to serve God in this monastery. The pious mother on hearing this wept for joy, and not long after presented her child to the abbess, who, taking up an image of Christ, gave it to Euphrasia. The tender virgin kissed it, saying, “By vow I consecrate myself to Christ” Then the mother led her before an image of Our Redeemer, and lifting up her hands to heaven said, “Lord Jesus Christ, receive this child under your special protection. You alone Both she love and seek: to you doth she recommend herself” Then leaving her in the hands of the abbess, she went out of the monastery weeping. Some time after this the good mother fell sick, and soon slept in peace. Upon the news of her death the Emperor Theodosius sent for the noble virgin to come to court, having promised her in marriage to a favorite young senator. But the virgin wrote him refusing the alliance, repeating her vow of virginity, and requesting that her estates should be sold and divided among the poor, and all her slaves set at liberty. The Emperor punctually executed all she desired, a little before his death in 395. St. Euphrasia was a perfect pattern of humility, meekness, and charity. If she found herself assaulted by any temptation, she immediately sought the advice of the abbess, who often enjoined her on such occasions some humbling and painful penitential labor, as sometimes to carry great stones from one place to another; which employment she once, under an obstinate assault, continued thirty days together with wonderful simplicity, till the devil, being vanquished by her humble obedience and chastisement of her body, left her it peace. She was favored with miracles both before and after her death, which happened in the year 410, the thirtieth of her age. for all, but hidden treasures are reserved for those who have ever followed the Lamb.