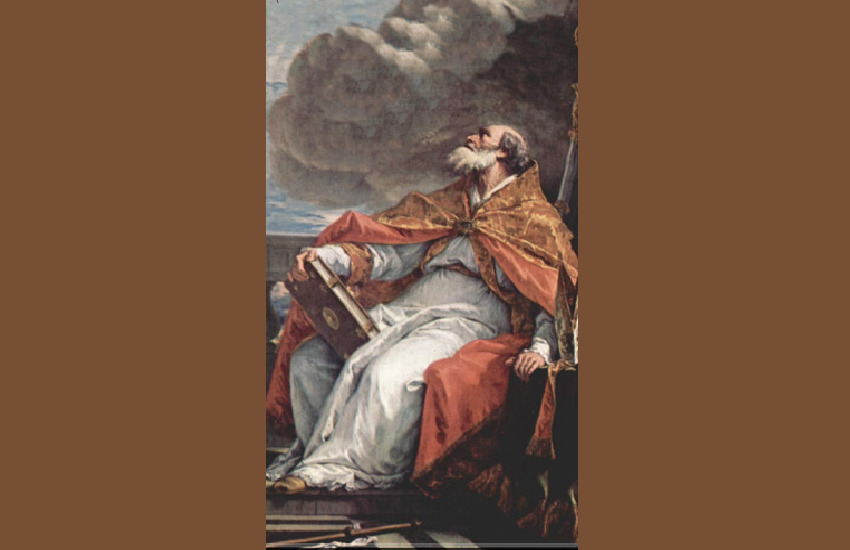 THE episcopal see of Carthage had remained vacant twenty-four years, when, in 481, Huneric permitted the Catholics on certain conditions to choose one who should fill it. The people, impatient to enjoy the comfort of a pastor, pitched upon Eugenius, a citizen of Carthage, eminent for his learning, zeal, piety, and prudence. His charities to the distressed were excessive, and he refused himself everything that he might give all to the poor. His virtue gained him the respect and esteem even of the, Arians; but at length envy and blind zeal got the ascendant in their breasts, and the king sent him an order never to sit on the episcopal throne, preach to the people, or admit into his chapel any Vandals, among whom several were Catholics. The Saint boldly answered that the laws of God commanded him not to shut the door of His church to any that desired to serve Him in it. Huneric, enraged at this answer, persecuted the Catholics in various ways. Many nuns were so cruelly tortured that they died on the rack. Great numbers of bishops, priests, deacons, and eminent Catholic laymen were banished to a desert filled with scorpions and venomous serpents. The people followed their bishops and priests with lighted tapers in their hands, and mothers carried their little babes in their arms and laid them at the feet of the confessors, all crying out with tears, “Going yourselves to your crowns, to whom do you leave us? Who will baptize our children? Who will impart to us the benefit of penance, and discharge us from the bonds of sin by the favor of reconciliation and pardon? Who will bury us with solemn supplications at our death? By whom will the Divine Sacrifice be made? ” The Bishop Eugenius was spared in the first storm, but afterwards was carried into the uninhabited desert country in the province of Tripolis, and committed to the guard of Antony, an inhuman Arian bishop, who treated him with the utmost barbarity. Gontamund, who succeeded Huneric, recalled our Saint to Carthage, opened the Catholic churches, and allowed all the exiled priests to return. After reigning twelve years, Gontamund died, and his brother Thrasimund was called to the crown. Under this prince St. Eugenius was again banished, and died in exile, on the 13th of July, 505, in a monastery which he built and governed, near Albi.

Reflection. —”Alms shall be a great confidence before the Most High God to them that give it. Water quencheth a flaming fire, and alms resisteth sin.”