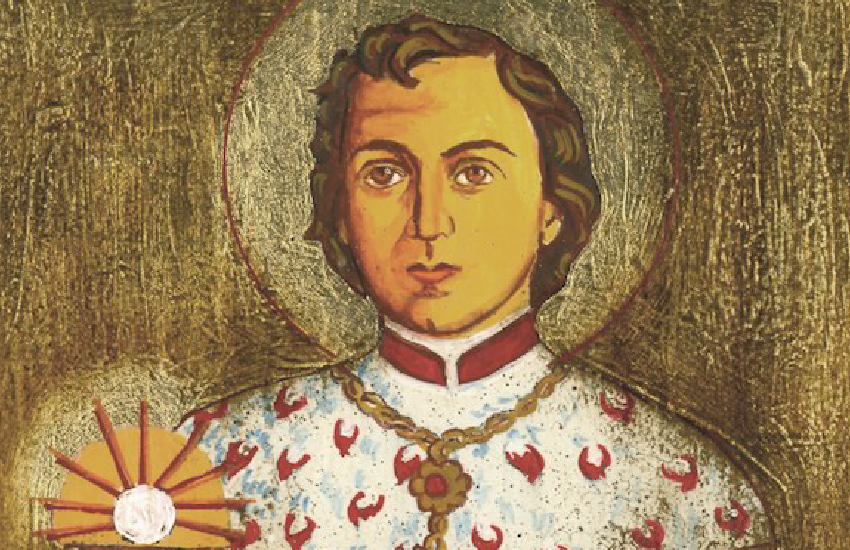 ST. CLOUD is the first and most illustrious Saint among the princes of the royal family of the first race in France. He was son of Chlodomir, King of Orleans, the eldest son of St. Clotilda, and was born in 522. He was scarce three years old when his father was killed in Burgundy; but his grandmother Clotilda brought up him and his two brothers at Paris, and loved them extremely. Their ambitious uncles divided the kingdom of Orleans between them, and stabbed with their own hands two of their nephews. Cloud, by a special providence, was saved from the massacre, and, renouncing the world, devoted himself to the service of God in a monastic state. After a time he put himself under the discipline of St. Severinus, a holy recluse who lived near Paris, from whose hands he received the monastic habit. Wishing to live unknown to the world, he withdrew secretly into Provence, but his hermitage being made public, he returned to Paris, and was received with the greatest joy imaginable. At the earnest request of the people, he was ordained priest by Eusebius, Bishop of Paris, in 551, and served that Church some time in the functions of the sacred ministry. He afterward retired to St. Cloud, two leagues below Paris, where he built a monastery. Here he assembled many pious men, who fled out of the world for fear of losing their souls in it. St. Cloud was regarded by them as their superior, and he animated them to all virtue both by word and example. He was indefatigable in instructing and exhorting the people of the neighboring country, and piously ended his days about the year 560.

Reflection. —Let us remember that “the just shall live for evermore; they shall receive a kingdom of glory, and a grown of beauty at the hand of the Lord.”.