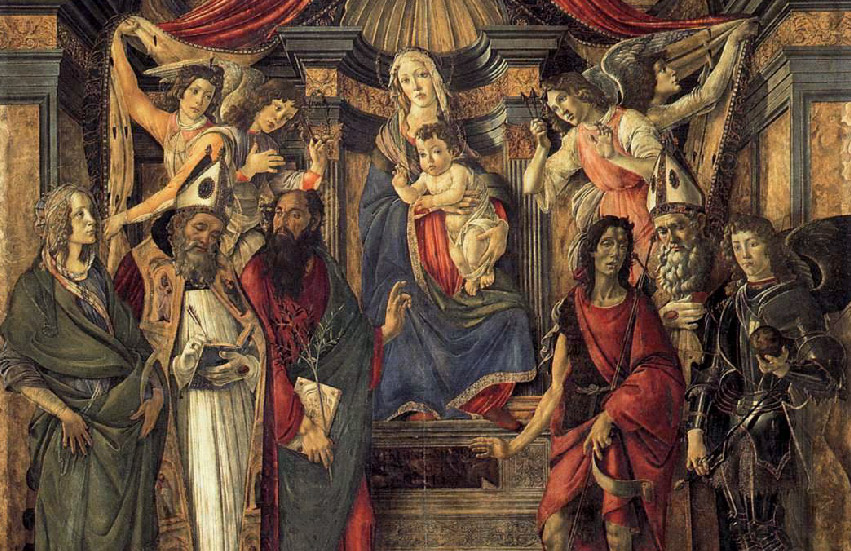 WE read that in the first days of the Church, “the multitude of believers had but one heart and one soul; neither did any one say that aught of the things which he possessed was his own.” Of this fervent company, one only is singled out by name, Joseph, a rich Levite, from Cyprus. “He having land sold it, and brought the price and laid it at the feet of the apostles.” They now gave him a new name, Barnabas, the son of consolation. He was a good man, full of the Holy Ghost and of faith, and was soon chosen for an important mission to the rapidly-growing Church of Antioch. Here he perceived the great work which was to be done among the Greeks, so he hastened to fetch St. Paul from his retirement at Tarsus. It was at Antioch that the two Saints were called to the apostolate of the Gentiles, and hence they set out together to Cyprus and the cities of Asia Minor. Their preaching struck men with amazement, and some cried out, “The gods are come down to us in the likeness of men,” calling PaulMercury, and Barnabas Jupiter. The Saints travelled together to the Council of Jerusalem, but shortly after this they parted. When Agabus prophesied a great famine, Barnabas, no longer rich, was chosen by the faithful at Antioch as most fit to bear, with St. Paul, their generous offerings to the Church of Jerusalem. The gentle Barnabas, keeping with him John, surnamed Mark, whom St. Paul distrusted, betook himself to Cyprus, where the sacred history leaves him; and here, at a later period, he won his martyr’s crown.

Reflection. —St. Barnabas’s life is full of suggestions to us who live in days when once more the abundant alms of the faithful are sorely needed by the whole Church, from the Sovereign Pontiff to the poor children in our streets.