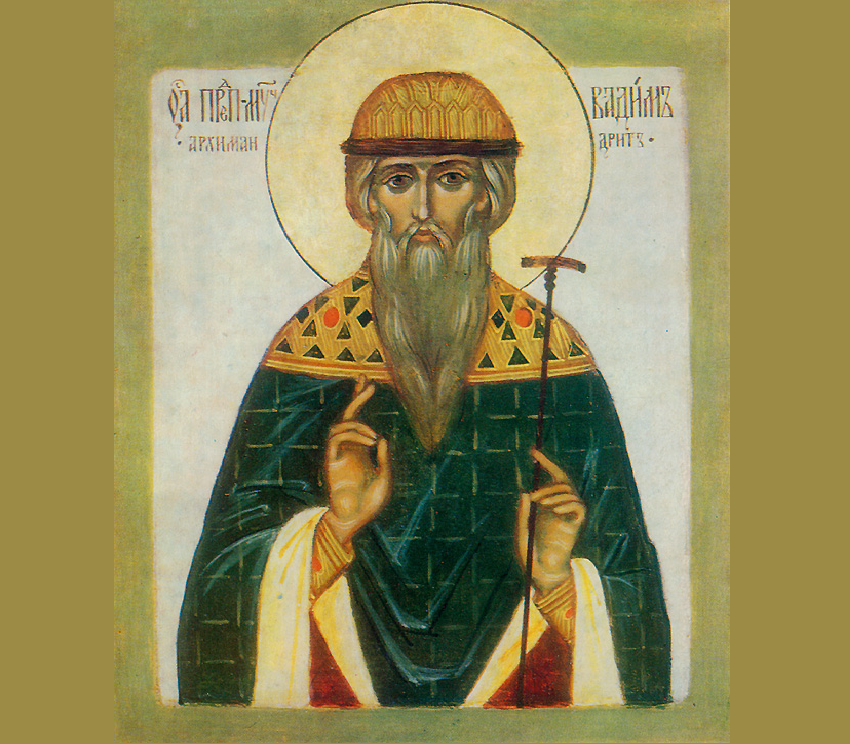 BADEMUS was a rich and noble citizen of Bethlapeta in Persia, who founded a monastery near that city, which he governed with great sanctity. He conducted his religious in the paths of perfection with sweetness, prudence, and charity. To crown his virtue, God permitted him, with seven of his monks, to be apprehended by the followers of King Sapor, in the thirty-sixth year of his persecution. He lay four months in a dungeon, loaded with chains, during which lingering martyrdom he every day received a number of stripes. But he triumphed over his torments by the patience and joy with which he suffered them for Christ. At the same time, a Christian lord named Nersan, Prince of Aria, was cast into prison because he refused to adore the sun. At first he showed some resolution; but at the sight of tortures his constancy failed him, and he promised to conform. The king, to try if his change was sincere, ordered Bademus to be introduced into the prison of Nersan, which was a chamber in the royal palace, and sent word to Nersan that if he would despatch Bademus, he should be restored to his liberty and former dignities. The wretch accepted the condition; a sword was put into his hand, and he advanced to plunge it into the breast of the abbot. But being seized with a sudden terror, he stopped short, and remained some time without being able to lift up his arm to strike. He had neither courage to repent, nor heart to accomplish his crime. He strove, however, to harden himself, and continued with a trembling hand to aim at the sides of the martyr. Fear, shame, remorse, and respect for the martyr made his strokes forceless and unsteady; and so great was the number of the martyr’s wounds, that the bystanders were in admiration at his invincible patience. After four strokes, the martyr’s head was severed from the trunk. Nersan a short time after, falling into public disgrace, perished by the sword. The body of St. Bademus was reproachfully cast out of the city by the infidels, but was secretly carried away and interred by the Christians. His disciples were released from their chains four years afterward, upon the death of King Sapor. St. Bademus suffered on the 10th of April in the year 376.

Reflection. —Oh! what ravishing delights does the soul taste which is accustomed, by a familiar habit, to converse in the heaven of its own interior with the Three Persons of the adorable Trinity! Worldlings wonder how holy solitaries can pass their whole time buried in the most profound solitude and silence. But those who have had any experience of this happiness are surprised, with far greater reason, how it is possible that any souls which are created to converse eternally with God should here live in constant dissipation, seldom entertaining a devout thought of Him Whose charms and sweet conversation eternally ravish all the blessed.