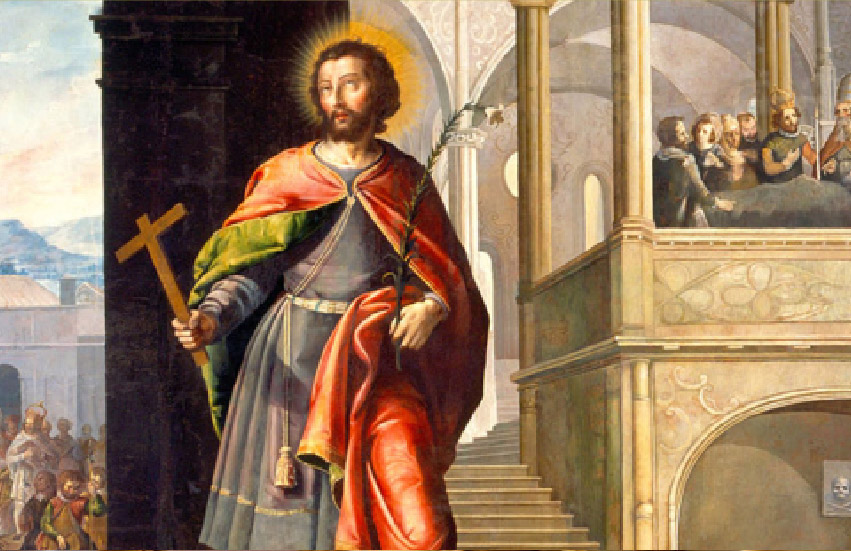 ST. ALEXIUS was the only son of parents pre-eminent among the Roman nobles for virtue, birth, and wealth. On his wedding-night, by God’s special inspiration, he secretly quitted Rome, and journeying to Edessa, in the far East, gave away all that he had brought with him, content thenceforth to live on alms at the gate of Our Lady’s church in that city. It came to pass that the servants of St. Alexius, whom his father sent in search of him, arrived at Edessa, and seeing him among the poor at the gate of Our Lady’s church, gave him an alms, not recognizing him. Whereupon the man of God, rejoicing, said, “I thank thee, O Lord, Who hast called me and granted that I should receive for Thy name’s sake an alms from my own slaves. Deign to fulfil in me the work Thou hast begun.” After seventeen years, when his sanctity was miraculously manifested by the Blessed Virgin’s image, he once more sought obscurity by flight. On his way to Tarsus contrary winds drove his ship to Rome. There no one recognized in the wan and tattered mendicant the heir of Rome’s noblest house; not even his sorrowing parents, who had vainly sent throughout the world in search of him. From his father’s charity he begged a mean corner of his palace as a shelter, and the leavings of his table as food. Thus he spent seventeen years, bearing patiently the mockery and ill-usage of his own slaves, and witnessing daily the inconsolable grief of his spouse and parents. At last, when death had ended this cruel martyrdom, they learned too late, from a writing in his own hand, who it was that they had unknowingly sheltered. God bore testimony to His servant’s sanctity by many miracles. He died early in the fifth century.

Reflection. —We must always be ready to sacrifice our dearest and best natural affections in obedience to the call of our heavenly Father. “Call none your father upon earth, for one is your Father in heaven” (Matt. xxiii. 9) . Our Lord has taught us this not by words only, but by His own example and by that of His Saints.