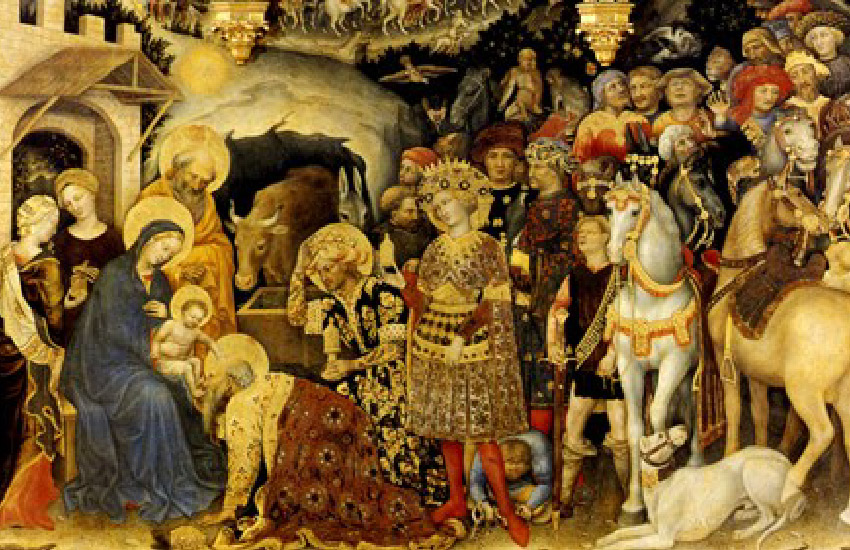 January 6 is the feast of these three Magi, who brought Jesus gifts of gold, frankincense and myrrh. The Magi brought Jesus gold to show that He was a king; frankincense to honor Him as God; and myrrh to greet Him as man. These Magi first saw the star which led them to Bethlehem on the previous March 25, the day, and at the moment, that Jesus was conceived in Mary’s womb. It took the Magi nine months and twelve days to reach Bethlehem, guided by the star. The star left them when they were in Jerusalem. But it shone again after the Magi left Jerusalem, and led them to the cave of Bethlehem. Our Lady let each of the Magi hold Jesus in his arms. They were given some of His baby clothes to bring back to the East by way of relics. The Magi returned to the East, to Persia and later were baptized there by Saint Thomas the Apostle, in the year 40. All three of the Magi were martyred for the Catholic Faith. Their names are now, and should always be called, Saint Gaspar, Saint Melchior and Saint Balthasar. The bodies of Saint Gaspar, Saint Melchior and Saint Balthasar were first brought to Constantinople, and then to Milan, and in the twelfth century they were placed in the Cathedral of Cologne, in Germany, where they are venerated with much love by the Christians who worship there.[1]