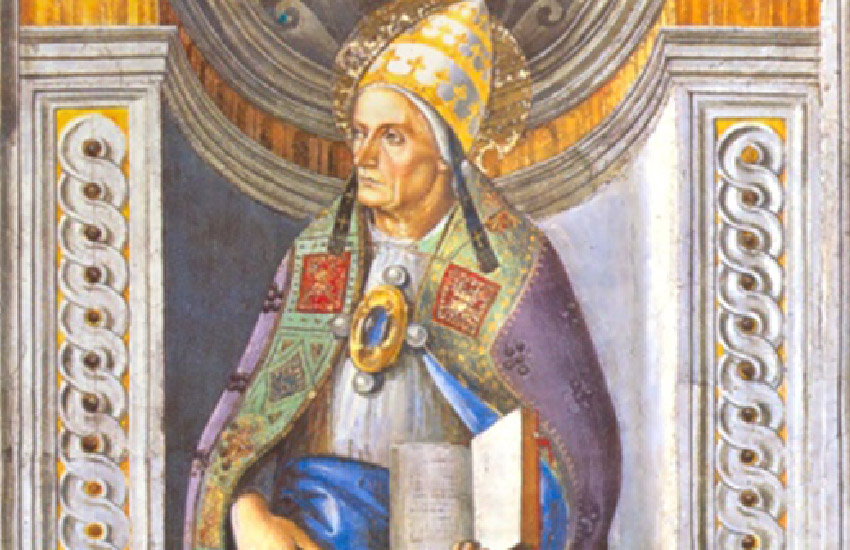 Saint Telesphorous, Pope and Martyr, was the 8th Pope of the Church and reigned from 125-137 during the reigns of Emperors Hadrian and Antoninus Pius. The Liber Pontificalis mentions that he had been an anchorite or a hermit prior to assuming office. Carmelites venerate him as a patron saint of the order as it is believed that he lived as a hermit on Mount Carmel. According to the testimony of Saint Irrenous, Pope Telesphours suffered a “glorious martyrdom.” Although most early popes received the title of martyr, Telesphorus is the first — according to Ireneous, who wrote considerably earlier than the Liber Pontificalis — to whom he gives this title. Several ecclesiastical decisions have been attributed to Pope Telesphorus: the tradition of celebrating three Masses on Christmas, the keeping of a several week Lent before Easter, celebrating Easter on Sunday, and the singing of the Gloria during Mass. In Catholic imagery, he is often portrayed with the brown habit of the Carmelites and a tiara and papal Cross with three bars, in his hand he is holding a Martyr’s Palm and a Chalice with three Hosts, referring to the introduction of three Masses at Christmas.

Connection for our times: Let this early example of Christian fortitude be a reminder that we all must embrace martyrdom if the occasion arises. Also, let his legacy of liturgical tradition give us inspiration to recapture the traditional piety of Holy Mother Church.