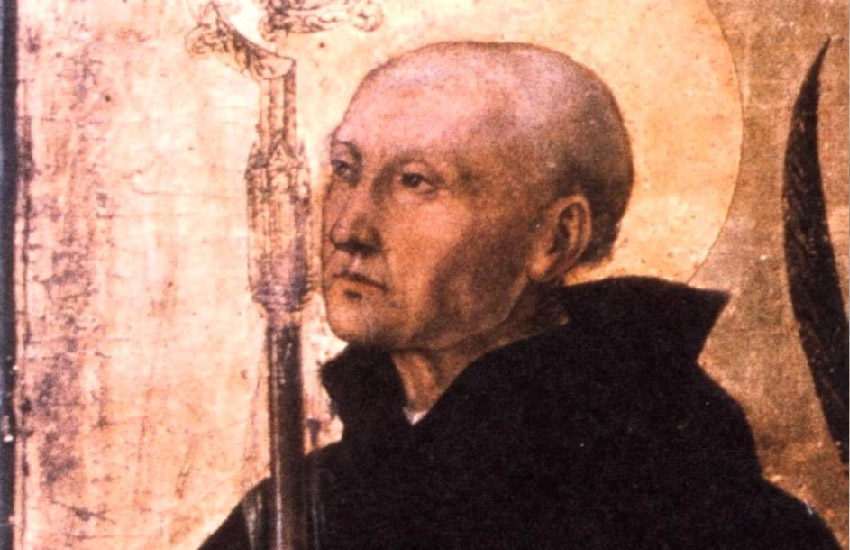 WE know nothing of the birth or country of this saint. From the purity of his Latin, he was generally supposed to be a Roman; and his care to conceal what he was according to the world, was taken for a proof of hishumility, and a presumption that he was a person of birth. He spent the first part of his life in the deserts of the East; but, inflamed with an ardent zeal for the glory of God, he left his retreat to preach the gospel in the North. At first he came to Astures, now Stokeraw, situate above Vienna; but finding the people hardened in vice, he foretold the punishment God had prepared for them, and repaired to Comagenes, now Haynburg on the Danube, eight leagues westward of Vienna. It was not long ere his prophecy was verified; for Astures was laid waste, and the inhabitants destroyed by the sword of the Huns, soon after the death of Attila. St. Severinus’s ancient host with great danger made his escape to him at Comagenes. By the accomplishment of this prophecy, and by several miracles he wrought, the name of the saint became famous. Favianes, a city on the Danube, twenty leagues from Vienna, distressed by a terrible famine, implored his assistance. St. Severinus preached penance among them with great fruit; and he so effectually threatened with the divine vengeance a certain rich woman, who had hoarded up a great quantity of provisions, that she distributed all her stores among the poor. Soon after his arrival, the ice of the Danube and the Ins breaking, the country was abundantly supplied by barges up the rivers. Another time by his prayers he chased away the locusts, which by their swarms had threatened with devastation the whole produce of the year. He wrought many miracles; yet never healed the sore eyes of Bonosus, the dearest to him of his disciples, who spent forty years in almost continual prayer, without any abatement of his fervor. The holy man never ceased to exhort all to repentance and piety: he redeemed captives, relieved the oppressed, was a father to the poor, cured the sick, mitigated or averted public calamities, and brought a blessing wherever he came. Many cities desired him for their bishop; but he withstood their importunities by urging, that it was sufficient he had relinquished his dear solitude for their instruction and comfort.

He established many monasteries, of which the most considerable was one on the banks of the Danube, near Vienna; but he made none of them the place of his constant abode, often shutting himself up in a hermitage four leagues from his community, where be wholly devoted himself to contemplation. He never ate till after sunset, unless on great festivals. In Lent he ate only once a week. His bed was sackcloth spread on the floor in his oratory. He always walked barefoot, even when the Danube was frozen. Many kings and princes of the Barbarians came to
visit him, and among them Odoacer, king of the Heruli, then on his march for Italy. The saint’s cell was so low that Odoacer could not stand upright in it. St. Severinus told him that the kingdom he was going to conquer would shortly be his; and Odoacer seeing himself, soon after, master of Italy, sent honorable letters to the saint, promising him all he was pleased to ask; but Severinus only desired of him the restoration of a certain banished man. Having foretold his death long before it happened, he fell ill of a pleurisy on the 5th of January, and on the fourth day of his illness, having received the viaticum, and arming his whole body with the sign of the cross, and repeating that verse of the psalmist, “Let every spirit praise the Lord”, he closed his eyes, and expired in the year 482.

Six years after, his disciples, obliged by the incursions of Barbarians, retired with his relics into Italy, and deposited them at Luculano, near Naples, where a great monastery was built, of which Eugippius, his disciple, and author of his life, was soon after made the second abbot. In the year 910 they were translated to Naples, where to this day they are honored in a Benedictin abbey, which bears his name. The Roman and other Martyrologies place his festival on this day, as being that of his death.

A perfect spirit of sincere humility is the spirit of the most sublime and heroic degree of Christian virtue and perfection. As the great work of the sanctification of our souls is to be begun by humility, so must it be completed by the same. Humility invites the Holy Ghost into the soul, and prepares her to receive his graces; and from the most perfect charity, which he infuses, she derives a new interior light, and an experimental knowledge of God and herself, with an infused humility far clearer in the light of the understanding, in which she sees God’s infinite greatness, and her own total insufficiency, baseness, and nothingness, after a quite new manner; and in which she conceives a relish of contempt and humiliations as her due, feels a secret sentiment of joy in suffering them, sincerely loves her own abjection, dependence, and correction, dreads the esteem and praises of others, as snares by which a mortal poison may imperceptibly insinuate itself into her affections, and deprive her of the divine grace; is so far from preferring herself to any one, that she always places herself below all creatures, is almost sunk in the deep abyss of her own nothingness, never speaks of herself to her own advantage, or affects a show of modesty in order to appear humble before men, in all good, gives the entire glory to God alone, and as to herself, glories only in her infirmities, pleasing herself in her own weakness and nothingness, rejoicing that God is the great all in her and in all creatures.

Connection for our times: Religious life has collapsed in the Church in recent years. Let us be inspired by Saint Severinus’ austere poverty of spirit and his willingness to undergo severe mortification and penance. Perhaps we can take on more penances in our lives, and offer to the Body of Christ what is so needed in our times.