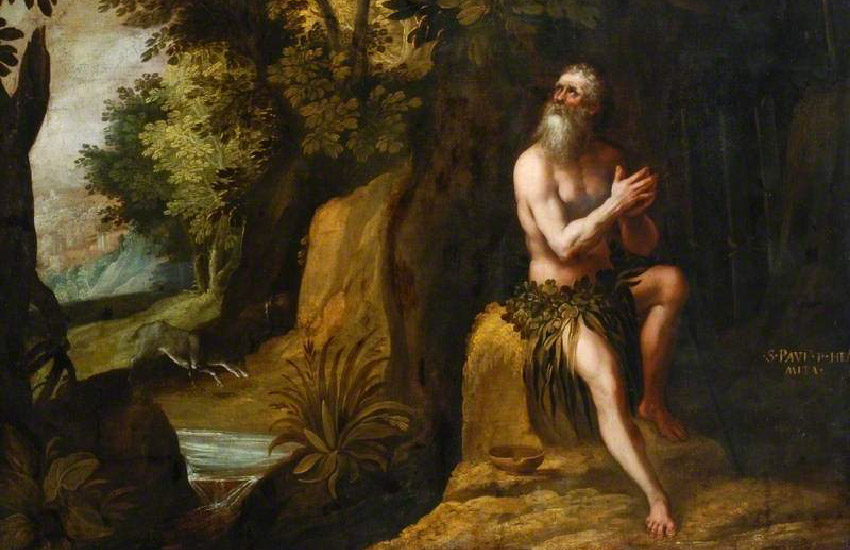 ELIAS and St. John the Baptist sanctified the deserts, and Jesus Christ himself was a model of the eremitical state during his forty days’ fast in the wilderness; neither is it to be questioned but the Holy Ghost conducted the saint of this day, though young, into the desert, and was to him an instructor there; but it is no less certain, that an entire solitude and total sequestration of one’s self from human society, is one of those extraordinary ways by which God leads souls to himself, and is more worthy of our admiration, than calculated for imitation and practice: it is a state which ought only to be embraced by such as are already well experienced in the practices of virtue and contemplation, and who can resist sloth and other temptations, lest, instead of being a help, it prove a snare and stumbling-block in their way to heaven. This saint was a native of the Lower Thebais, in Egypt, and had lost both his parents when he was but fifteen years of age: nevertheless, he was a great proficient in the Greek and Egyptian learning, was mild and modest, and feared God from his earliest youth. The bloody persecution of Decius disturbed the peace of the church in 250; and what was most dreadful, Satan, by his ministers, sought not so much to kill the bodies, as by subtle artifices and tedious tortures to destroy the souls of men. Two instances are sufficient to show his malice in this respect: A soldier of Christ, who had already triumphed over the racks and tortures, had his whole body rubbed over with honey, and was then laid on his back in the sun, with his hands tied behind him, that the flies and wasps, which are quite intolerable in hot countries, might torment and gall him with their stings. Another was bound with silk cords on a bed of down, in a delightful garden, where a lascivious woman was employed to entice him to sin; the martyr, sensible of his danger, bit off part of his tongue and spit it in her face, that the horror of such an action might put her to flight, and the smart occasioned by it be a means to prevent, in his own heart, any manner of consent to carnal pleasure. During these times of danger, Paul kept himself concealed in the house of another; but finding that a brother-in-law was inclined to betray him, that he might enjoy his estate, he fled into the deserts. There he found many spacious caverns in a rock, which were said to have been the retreat of money-coiners in the days of Cleopatra, queen of Egypt. He chose for his dwelling a cat; in this place, near which were a palm-tree and a clear spring: the former by its leaves furnished him with raiment, and by its fruit with food; and the latter supplied him with water for his drink.

Connection for our times: Our world is saturated with demonic activity as a result of the inundation of sin in all of society. Saint Paul the First Hermit shows us the power of mortification and a poverty of spirit in warding off the wickedness and snares of the devil in our lives.