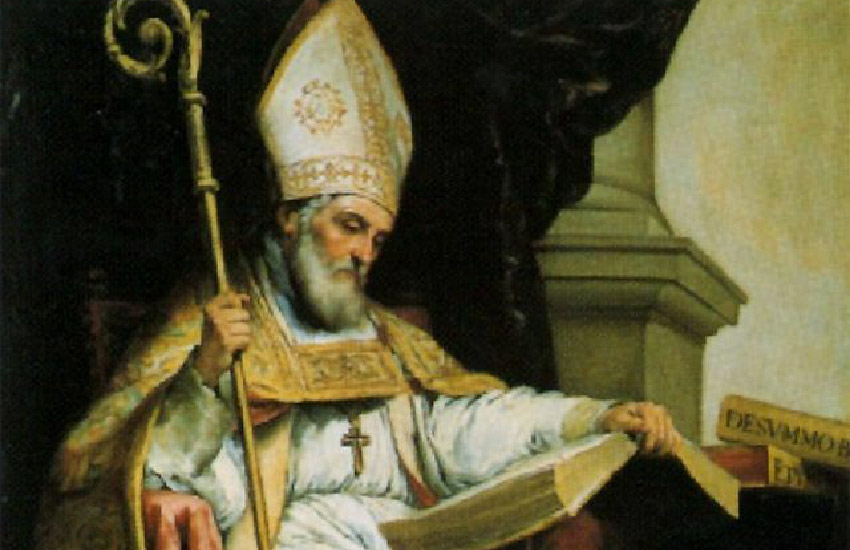 ODILO, fifth abbot of the Abbot of Cluny, was very influential in society during his lifetime; he belonged to the nobility of Auvergne, France. Because of his devotion and family ties, his parents decided to consecrate him to the service of the Lord in the seminary of St. Julien de Brioude, where later he became a specialist in canon law. Saint Mayeul drew him to the monastery of Cluny around 990 and then from May 993 he chose him to be the coadjutor to the abbot, after he received Holy Orders, in 994 he was confirmed by canonical election. Odilo became the only abbot of Cluny on May 11th and when Mayeul died he took over for him until his own death. Above all, Odilo had to face difficulties stemming from religious men of certain monasteries under the Abbot of Cluny and from certain gentlemen who wanted to strip the Abbot of its wealth. In December 997 he made his first of many trips to Padua and Rome, which gave him the possibility to intervene on behalf of the various monasteries of Italy. They promised Cluny the reconstruction of certain monastery buildings, with the exception of the church, which had been finalized by Saint Mayeul. He is remembered for his great devotion to the souls of purgatory, because between 1028 and 1030 he defined in all of his monasteries, that after the solemnity of All Saints Day the memory of all the faithfully departed be remembered with an official Mass and almsgiving. The decree of Saint Odilo required not only the celebration of a Mass and divine offering for the deceased in solemnity of all the faithfully deceased, but he insisted most upon almsgiving. He ordered the offering of food to twelve needy people, and they were to be given as much as the table of the monks would have and also charity for the celebration of the Mass. (Statutum Odilonis de defunctis). Feast of All Saints and All Souls. Thanks to the influence of Cluny and some of its dependent monasteries the commemoration of all the faithfully departed spread throughout the whole Church. Pope Benedict XV, during World War I, on August 10, 1915, established that each priest could celebrate three masses for the dead (Apostolic Constitution, “Incruentum altaris”). This privilege was already granted years ago by the Dominicans under the reign of Aragon, then Pope Benedict XIV in 1748 had extended it to all of the priests of Spain, Portugal and South America. Saint Odilo continuously did everything within his power to help the poor. In those years, famine was commonplace and in order to alleviate the suffering some people had no scruples and would sell liturgical objects and treasures of the church and they would go personally and beg for money. He did not want just to come to the aid of the needy of his time, but he intended also to help those that came before them who were purifying themselves in purgatory. He bonded together charity for the poor and suffering of the deceased, offering for them these gestures of brotherly love. Saint Odilo died on December 31, 1048 in Souvigny while he was visiting the monastery.

Connection for our times: Saint Odilo reminds us to pray for the souls in purgatory, and to make sacrifices for them. With all the instances of priests barred from entering hospitals and nursing homes in recent memory, let us pray fervently for those who died without access to the Sacraments.