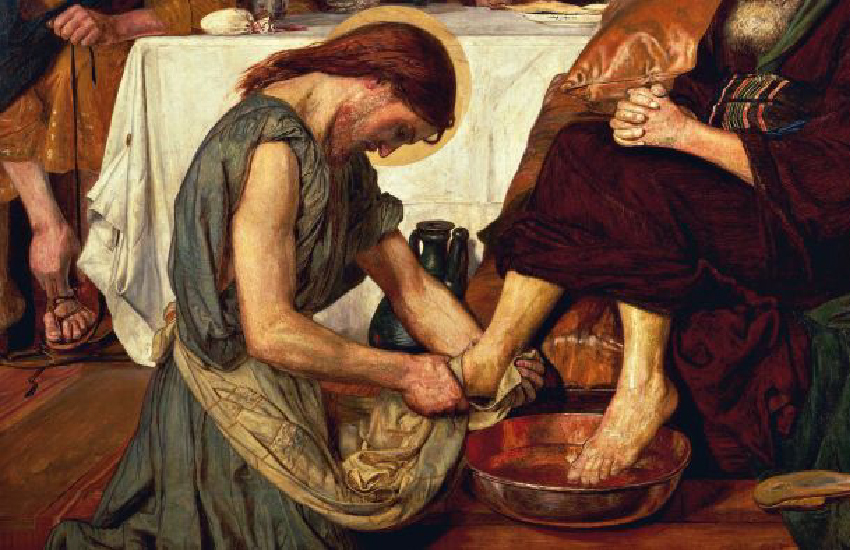 Humility, which Jesus Christ has so recommended by word and example, should have three conditions. It should convince us that we deserve to be blamed by men. It should make us rejoice when others see our faults and despise is. If God performs any good in us or through us, it should make us attribute it to the mercy of God and the merit of others. — St. Vincent de Paul.

St. Vincent de Paul said of himself that he was an old sinner, unworthy to live, and was much in need of the mercy of God on account of the enormity of his sins. Prostrating himself one day before the priests of his congregation, they were astonished to hear him thus address them: “If you knew my miseries, you would drive me from the congregation of which I have charge, which I dishonor, and to which I do harm.” He often spoke of the lowliness of his birth. One day a nephew called to see him, who was dressed in the costume of a poor peasant. The saint afterwards accused himself to his priests of the mortification he felt in presenting his relative to them and to some other gentlemen who were present on that occasion. Having occasion to speak frequently of his slavery at Tunis, he never mentioned that he was the cause of bringing back to the Church his master, who was a renegade, lest it might awaken vain thoughts in him. If necessity or charity obliged him to speak of any good that he did, it was always to the zeal of others he attributed his success.

I acknowledge, O my God, that I merit all kinds of reproaches, humiliations, and contempt. I have done only evil. I am ready to submit to whatever punishment Thou mayest inflict. But remember Thou art my Father. Spare me in the world to come.