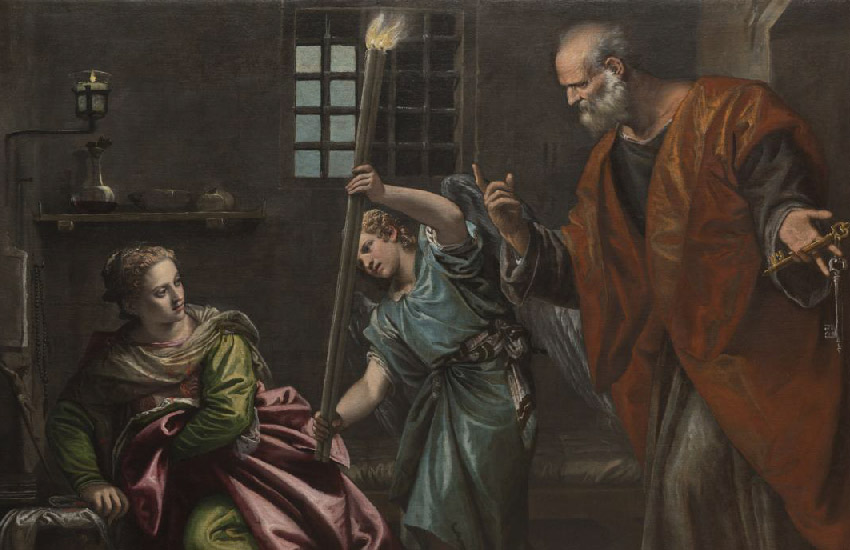 When we have placed ourselves entirely in the hands of God by an entire confidence, we need have no longer any fear of adversity. If Our Lord permits any to happen to us, He can turn it to our advantage by ways which we do not understand now, but which we will understand some day. — St. Vincent de Paul.

The following happened to St. Francis of Sales while a young man in Rome. He was lodging in a hotel which was on the bank of the Tiber. One night he heard those who were in his company disputing with the landlord. This man, who was very avaricious, desired the party and their master, St. Francis, to go elsewhere and give up their place to some parties who had just arrived and whom he considered of great distinction. This dispute would have ended in a fight had not St. Francis said to his domestics with much sweetness: “The landlord is master; since he will not lodge us here, let us go elsewhere.” They then took all belonging to them, and found another place at a distance from the Tiber. Hardly had they arrived there than the rain fell in torrents, the river overflowed its banks, the hotel which the saint was compelled to leave was destroyed, and not a person in it escaped alive.

St. Ignatius, on his return from the Holy Land, arriving at Cyprus, wished to embark for Italy. Three vessels were ready to depart. One was a Turkish, one a Venetian — a large, strong boat — the third was old, small, and badly equipped. Some persons asked the master of the Venetian vessel to take Ignatius for the love of God, assuring him it would be to his advantage, as he was a saint. He refused, because he was Ignatius was poor and no one offered to pay for him. “If he is a saint,” he said, “he has no need of a vessel to cross the sea. Let him do as other saints have done — walk over it.” Ignatius was then obliged to go on the poor vessel, where he was received for charity and shown much respect. The three vessels started with a favorable wind. In a short time, a furious tempest arose on the sea. The Turkish vessel was lost; the Venetian one was thrown on a sank-bank, where it went to pieces; but the vessel which held the saint, and which seemed the one that most naturally would be the first to perish, arrived safely in port. It is thus that the Lord favors with His protection His servants who confide in Him even when He seems to send them afflictions.

My God, I place myself in Thy hands. I confide in Thee. I fear no adversity. If any befall me, I hope Thou wilt turn it to my salvation.