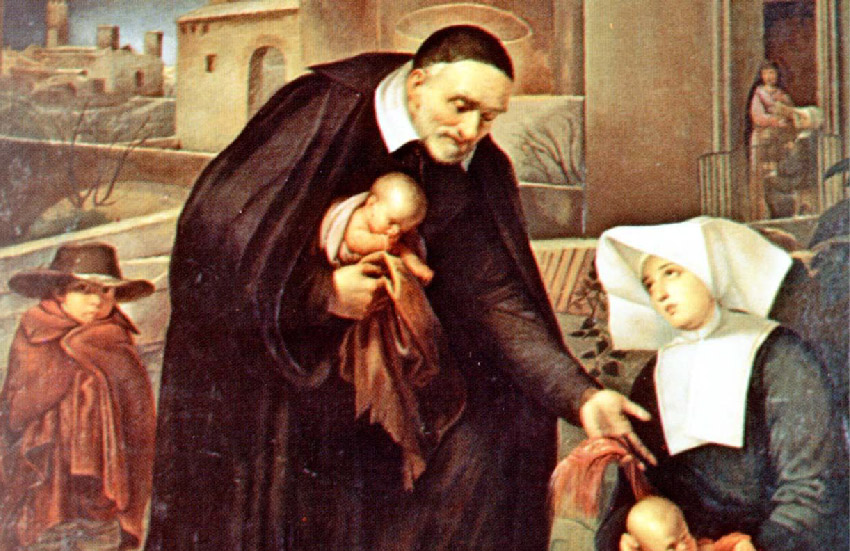 He who truly loves himself, abhors sin; he will not suffer it to remain an instant in his heart. If he have the misfortune to become guilty in any particular, he will not defer to take the remedy established by Our Saviour, neglecting nothing to receive it with fruit. Many Christians are in hell for confessions badly made. — St. Teresa.

St. Benedict Joseph Labre recommended those to whom he spoke to confess often; adding also, “But you must make good confessions, because many fall into hell through confessions illy made. Among those who confess, there are three sorts: true penitents, imperfect penitents, and false penitents. Upon leaving the confessional they divide, and form three processions, which take different roads. The first are those who, before approaching the holy tribunal, have examined with care into the depths of their hearts, have discovered all the sins of which they are guilty, penetrated with sorrow, have made a sincere confession of them, and are determined to entirely satisfy here the Divine Justice, by adding to the penance imposed upon them, and by endeavoring to obtain the remission of the temporal punishment due to their sins by the application of the indulgences of the Church. If these penitents are faithful, they ascend to heaven the moment they die, and are placed in possession of eternal happiness. There are very few of these true penitents. Nothing essential is wanting in their confession — not the examination, which was serious; nor the accusation of their sins, which was humble, sincere, and entire; nor the contrition, which was profound. But cold, and without zeal to continue to purify themselves still more by acts of contrition and love often repeated, by mortification and good works, by the application of indulgences, they die in the friendship of God, without enjoying immediately His divine presence, because they have not yet satisfied His divine justice. Their souls when separated from the body ardently sigh for heaven; but as nothing defiled can enter therein, this beautiful heaven is closed to their desired: they are condemned to purgatory, to purge away in the flames the stains which could so easily have been blotted out in this life. Finally, the third sort is composed of false penitents. This is the most numerous class. Confession was for them, through their own fault, a deadly poison. All these sacrilegious Christians reach hell by the road which should have conducted them to heaven. There they will eternally bewail that they made use for their damnation of what should have conducted them to heaven. They will cry out during all eternity, “Why did I not examine myself more seriously, why did I not accuse myself more sincerely, why did I not repent more truly, why did I not make sufficient satisfaction?” This is how that blessed soul, Benedict Joseph Labre, spoke, full of zeal to engage others to make good confessions. The manner in which he disposed himself to receive the sacrament of penance is most edifying. Convinced of the great need he had of light from the Holy Ghost, he begged that not only his memory might be made clear to know his sins, but also the true state of his soul, his habits, his inclination. In the examination which followed, he went over the ten commandments in their order; also the actions of the day, reflecting on the places in which he had been, the persons with whom he had conversed, the temptations he had had, and the manner in which he had corresponded to the graces he had received. He then begged anew for contrition of heart; he grieved especially for having sinned because in sinning he had offended God, the tenderest of fathers, the most perfect of beings, and Jesus Christ his Saviour, Who had shed His blood for him.

He approached with humility the minister of Christ, begging Our Lord to enlighten him that he might give him salutary advice, and that his words be accompanied by the unction of grace. Prostrate at his feet, seeing Jesus Christ in the person of His minister, he confessed his sins with simplicity, order, and lively sorrow. Every word from His confessor was for Him an oracle, and deeply penetrated his heart. At the moment of absolution, this true penitent humbled himself to the dust; the sentiments of Magdalene weeping for her sins at the feet of Jesus were his. He frequently passed his confessions in review, and it is known that he made five or six general confessions. Many Christians are in hell from bad confessions.

My God, permit that I make use of confession as a remedy, not as an injury to my soul. Let my confessions purify, not stain me still more, lest I find my damnation where I should find my salvation.