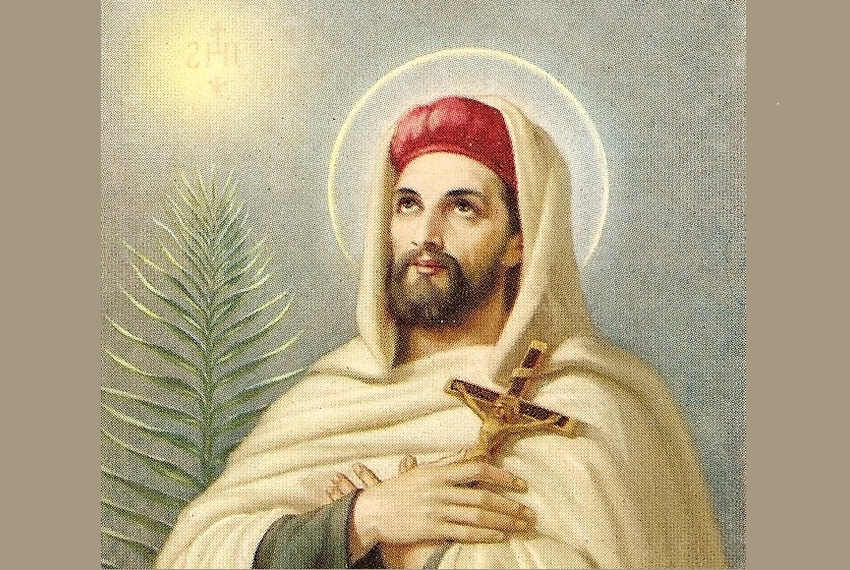 DON PEDRO II. of Portugal, when a child, had among his little pages a modest boy of rich and princely parents. Much had John de Britto—for so was he called—to bear from his careless-living companions, to whom his holy life was a reproach. A terrible illness made him turn for aid to St. Francis Xavier, a Saint so well loved by the Portuguese; and when, in answer to his prayers, he recovered, his mother vested him for a year in the dress worn in those days by the Jesuit Fathers. From that time John’s heart burned to follow the example of the Apostle of the Indies. He gained his wish. On December 17, 1662, he entered the novitiate of the Society at Lisbon; and eleven years later, in spite of the most determined opposition of his family and of the court, he left all to go to convert the Hindus of Madura. When Blessed John’s mother knew that her son was going to the Indies, she used all her influence to prevent him leaving his own country, and persuaded the Papal Nuncio to interfere. “God, Who called me from the world into religious life, now calls me from Portugal to India,” was the reply of the future martyr. “Not to answer the vocation as I ought, would be to provoke the justice of God. As long as I live, I shall never cease striving to gain a passage to India.” For fourteen years he toiled, preaching, converting, baptizing multitudes, at the cost of privations, hardships, and persecutions. At last, after being seized, tortured, and nearly massacred by the heathens, he was banished from the country. Forced to return to Portugal, John once more broke through every obstacle, and went back again to his labor of love. Like St. John the Baptist, he died a victim to the anger of a guilty woman, whom a convert king had put aside, and, like the Precursor, he was beheaded after a painful imprisonment.

Reflection. —”It is a great honor, a great glory to serve; God, and to contemn all things for God. They will have a great grace who freely subject themselves to God’s most holy will.”—The Imitation of Christ.
Lives Of The Saints By Alban Butler, Benziger Bros. Edition www.globalgrey.co.uk