Devotion of Mary’s Heart always flourished in the Church, but its first official approval did not come till the beginning of the 19th century when Pius VI approved, for certain religious organizations, a Feast for the Most Pure Heart of Mary. The devotion was approved for the universal Church when Pius XII dedicated all mankind to the Heart of Mary in December, 1942, following this by the institution of new Feast of the Immaculate Heart of the B.V. M.

St. Timothy of Antioch was martyred at Rome in the Fourth Century. He was buried in a special grave in the gardens of Theona, not far from the cemetery of St. Paul. This was a recognition of fact that he bore the same name as the great disciple of St. Paul.
St. Hippolytus (not the rival of Pope Callixtus) was a martyr of Porto. His history is wrapped in obscurity.
St. Symphorian is a celebrated martyr of Autun, beheaded under the reign of Aurelian about 180. When he was being led to martyrdom his pious mother called to him: “My son, my son, look up to heaven and behold Him Who reigns there. You are not being led to death, but to a better life.” 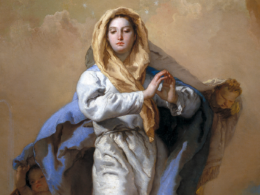 ON this day, so dear to every Catholic heart, “we celebrate, in the first place, the moment in…
byThe Fatima Center

T. PANTALEON was physician to the Emperor Galerius Maximianus, and a Christian, but, deceived by often hearing the…
byThe Fatima Center 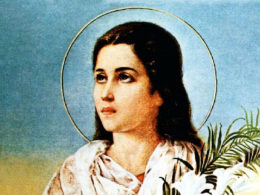 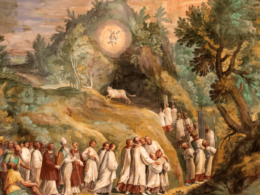 The Apparition of St. Michael the Archangel

IT is manifest, from the Holy Scriptures, that God is pleased to make frequent use of the ministry…
byThe Fatima Center
1 share
1
0
0
0