SERVULUS was a beggar, and had been so afflicted with palsy from his infancy that he was never able to stand, sit upright, lift his hand to his mouth, or turn himself from one side to another. His mother and brother carried him into the porch of St. Clement’s Church at Rome, where he lived on the alms of those that passed by. He used to entreat devout persons to read the Holy Scriptures to him, which he heard with such attention as to learn them by heart. His time he consecrated by assiduously singing hymns of praise and thanksgiving to God. After several years thus spent, his distemper having seized his vitals, he felt his end was drawing nigh. In his last moments he desired the poor and pilgrims, who had often shared in his charity, to sing sacred hymns and psalms for him. While he joined his voice with theirs, he on a sudden cried out: “Silence! do you not hear the sweet melody and praise which resound in the heavens?” Soon after he spoke these words he expired, and his soul was carried by angels into everlasting bliss, about the year 590.

Reflection. —The whole behaviour of this poor sick beggar loudly condemns those who, when blessed with good health and a plentiful fortune, neither do good works nor suffer the least cross with tolerable patience. 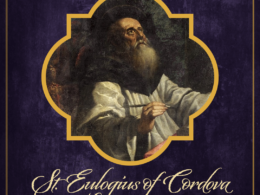 ST. EULOGIUS was of a senatorian family of Cordova, at that time the capital of the Moors in…
byThe Fatima Center 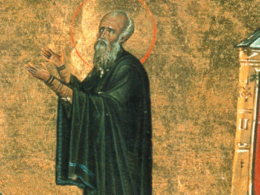 ABRAHAM was a rich nobleman of Edessa. At his parents’ desire he married, but escaped to a cell…
byThe Fatima Center 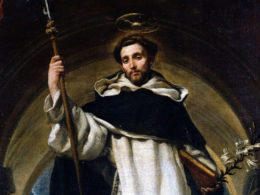 ST. DOMINIC was born in Spain, in 1170. As a student, he sold his books to feed the…
byThe Fatima Center 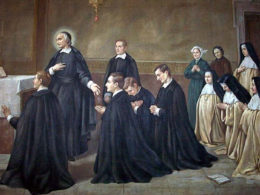