AT the tender age of twelve, Mary left her father’s house that she might sin without restraint, and for seventeen years she lived in shame at Alexandria. Then she accompanied a pilgrimage to Jerusalem, and entangled many in grievous sin. She was in that city on the Feast of the Exaltation of the Holy Cross, and went with the crowd to the church which contained the precious wood. The rest entered and adored; but Mary was invisibly held back. In that instant her misery and pollution burst upon her. Turning to the Immaculate Mother, whose picture faced her in the porch, she vowed thenceforth to do penance if she might enter and stand like Magdalen beside the Cross. Then she entered in. As she knelt before Our Lady on leaving the church, a voice came to her which said, “Pass over Jordan, and thou shalt find rest.” She went into the wilderness, and there, in 420, forty-seven years after, the Abbot Zosimus met her. She told him that for seventeen years the old songs and scenes had haunted her; ever since, she had had perfect peace. At her request he brought her on Holy Thursday the sacred body of Christ. She bade him return again after a year, and this time he found her corpse upon the sand, with an inscription sayings “Bury here the body of Mary the sinner.”

Reflection. —Blessed John Colombini was converted to God by reading St. Mary’s life. Let us, too, learn from her not to be content with confessing and lamenting our sins, but to fly from what leads us to commit them. 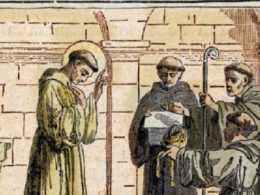 WILLIAM BERRUYER, of the illustrious family of the ancient Counts of Nevers, was educated by Peter the Hermit,…
byThe Fatima Center 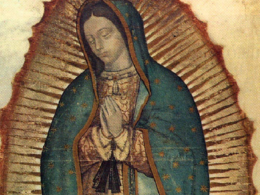 Our Lady of Guadalupe

Today’s Feast remembers Our Lady’s appearance to St. Juan Diego, and as she is Patroness of Americas, particularly…
byThe Fatima Center 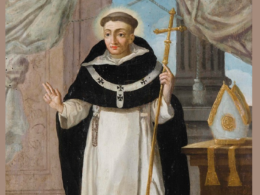 ANTONINUS, or Little Antony, as he was called from his small stature, was born at Florence in 1389.…
byThe Fatima Center 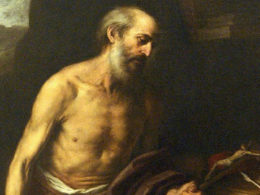 JEROME, born in Dalmatia, in 329, was sent to school at Rome. His boyhood was not free from…
byThe Fatima Center