Our Blessed Lady of Mount Carmel

To-day the whole Latin Church joins with the Friars of the Blessed virgin of Mount Carmel in celebrating the munificence of the Mother of God towards this Order which is dedicated to her. The origin of this illustrious brotherhood which has given for many saints to the Church, is well known. A little while before the year 1185, a priest of Calabria having ad a revelation of the prophet Elias, ascended Mount Carmel and began to restore one of the four ancient monasteries which he found there, and of which only the foundations remained.
The new institution prospered, and although the latest comer, it was able to graft itself successfully upon the great tradition, already centuries old, of the monastic life which Oriental cenobites and Benedictine monks had let on Mount Carmel. Albert, Patriarch of Jerusalem, gave certain rules of conduct to those hermits who were living at that time under their superior Brocardo, rules which subsequently were approved, together with the new foundation, by Honorius III and Gregory IX.
In the Thirteenth Century Innocent IV approved the rule under the generalship of Simon Stock. On July 16,1251, the Carmelite habit was placed in his hands by the Blessed Virgin. It was blessed by Pope and may privileges attached to it, not only for member of Order, but for all those who enter the Confraternity of Our Lady of Mount Carmel and wear the scapular. The feast of Our Lady of Mount Carmel was inserted into the Calendar under Benedict XIII in 1726. 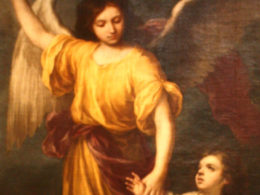 St. Peter, Archbishop of Ravenna in Italy, who died about the year 450, won the title of Chrysologus,…
byThe Fatima Center 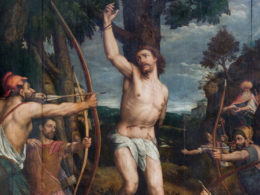 SEBASTIAN was an officer in the Roman army, esteemed even by the heathen as a good soldier, and…
byThe Fatima Center