He who possesses not the virtue of obedience does not deserve the name of religious. Why is it that he who is obliged by vow to obedience and fails to keep it entered into religion? — St. Teresa.

St. Frances do Chantal at one time gave permission to a religious to use some money for a pressing need in the convent, which St. Francis de Sales had ordered to be employed only in taking care of the sick. She expected to be able to replace it with money a person had promised to give to the monastery. But the saint felt uneasy on the subject, lest she had sinned against obedience. She hastened to write to Francis of Sales. He came to the convent. She immediately threw herself at his fee, accusing herself with tears of the fault she had committed, and ever after she never thought of it without shedding tears, as she herself declares.

My God, I am heartily sorry for having so long sought in all things to do my own will. I renounce it; I ask pardon for having so offended Thee. Let me lose my life rather than refuse to obey. 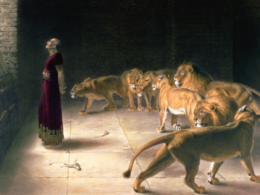 Conformity to the Will of God – Twelfth Day of December 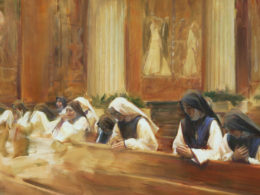 Prayer. “We ought always to pray.” — St. Luke 18.1. THIRTEENTH DAY. There is something more which often…
byThe Fatima Center 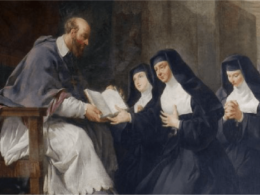 Meekness – Twenty-Five Day of May

Meekness Learn of Me that I am meek and humble of heart. St. Matt. 11:29. TWENTY-FIFTH DAY. Can…
byThe Fatima Center 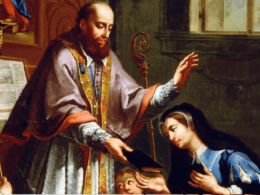 Simplicity. “Be simple as doves.” — St. Matt. 10:16. TWENTY-THIRD DAY. We love ourselves too much, we act…
byThe Fatima Center