The Rapid Response Team went to Sweden, where the arch-heretic and wrecker of Christendom, Martin Luther, was being commemorated in a public ceremony – in which Pope Francis was participating! The team passed out pamphlets explaining Luther’s heresy and proclaiming Catholic truth. Reparation was made by means of a Rosary procession through the streets of Lund, with the Pilgrim Virgin Statue and signs which professed Catholic teaching while protesting ecumenical falsehoods. The Pope himself saw the team in Malmo and the signs urging him to stand for the truth! And the media again witnessed and reported on this valiant defense of the Faith. 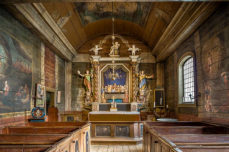 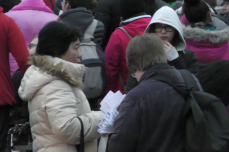 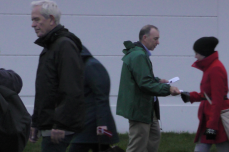 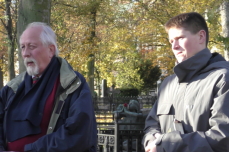 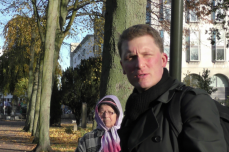 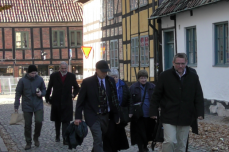 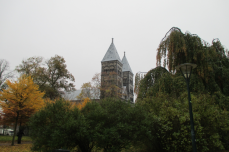 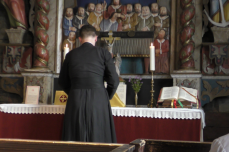 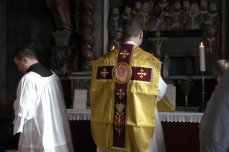 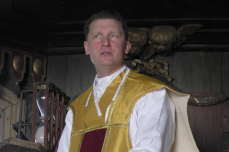 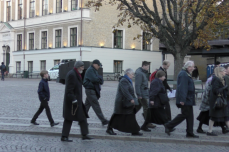 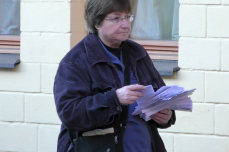 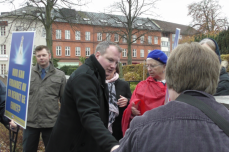 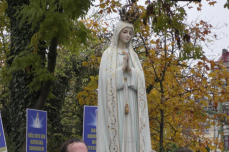 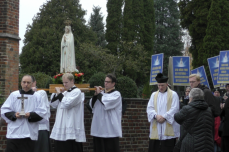 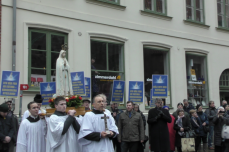 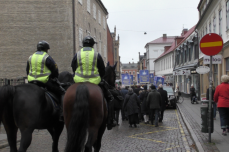 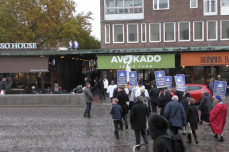