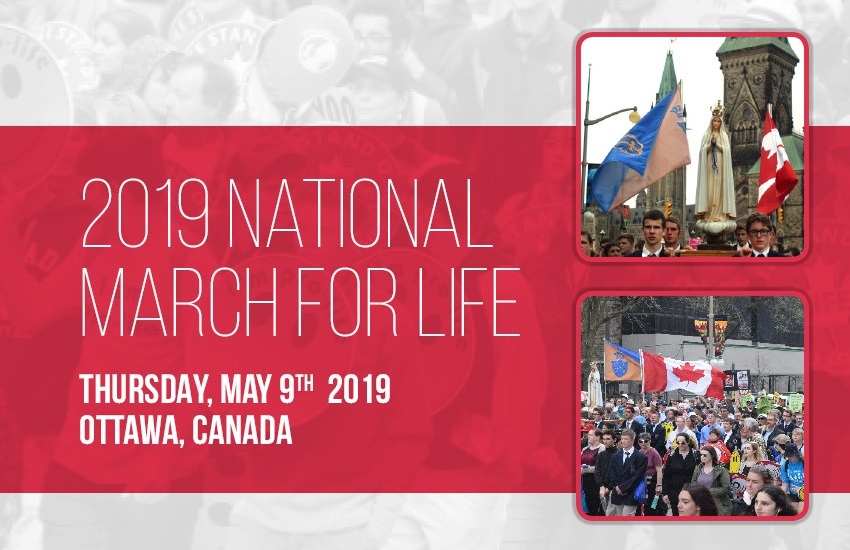 THE FATIMA CENTER WAS MARCHING FOR LIFE – YOUR CONTINUING PRAYERS URGENTLY NEEDED!

As you are reading this, babies are being murdered in the womb across Canada – and the world! The most visible sign of evil, of satan’s war against God’s creation, is abortion. We must never become used to this atrocity simply because it persists. IT MUST BE FOUGHT! That is why we are in Ottawa, Canada today with the Pilgrim Virgin Statue for Canada’s March for Life. We will be processing, praying the Rosary and passing out pamphlets telling everyone about the urgency of obeying the Fatima Message.

Our Lady warned that if She were not obeyed, nations would be annihilated. Father Gruner, our founder, believed that the millions of slaughtered innocents were included in that prophecy. To save the unborn, we must turn to Our Lady, our only hope at this time, and implore from Her the grace we need to sanctify our lives and bring an end to this killing! We must do all we can to hasten the Consecration of Russia.

Whenever we process with the Pilgrim Virgin statue, we see eyes turned to the beautiful face of Mary; sometimes, we see tears. We know that hearts and minds can be changed, more through prayer and grace, than through argument. How many people will be touched today by the sight of the Pilgrim Virgin? How can we measure the power of grace? We cannot, but we know that our presence at this March For Life brings light and hope into many hearts. Who can resist the beauty of our Blessed Mother? So, pray for us this day. Join in our March, in spirit if not in person. We are marching for both the unborn, and for those already in this world, so that souls may be saved.

Here is the text of the pamphlet we handed out at the March for Life: 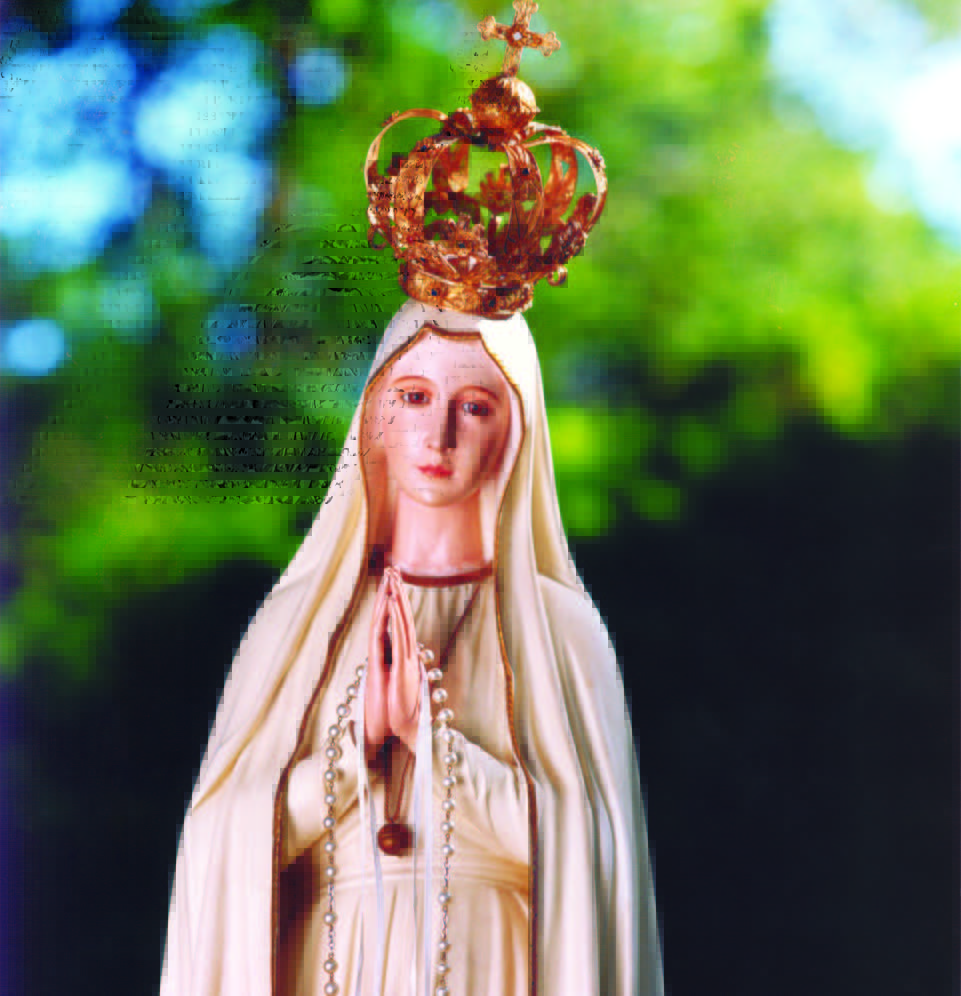 Only She Can Help Us

Abortion and the Message of Our Lady of Fatima

In the last 100 years, 1 BILLION unborn children have been killed by abortion worldwide. 12.5 million more die each year.

In the last 40 years, 4 MILLION unborn Canadian children have been killed by abortion. Approximately 100,000 more die each year.

From May through October 1917, in the hills near Fatima, Portugal, the Blessed Virgin Mary appeared six times to three shepherd children: Lucia, Jacinta, and Francisco.

She promised them that “If My requests are heeded, Russia will be converted and there will be peace; if not, [Russia] will spread her errors throughout the world, causing wars and persecutions against the Church. The good will be martyred, the Holy Father will have much to suffer, various nations will be annihilated.”

On October 13, 1917, during Her sixth and last apparition that year, Our Lady corroborated the children’s testimony concerning Her revelations by working the great Miracle of the Sun. For ten minutes before an estimated 70,000 stupefied onlookers, many of whom had come to scoff at the “superstitious” devotees of the Heavenly Lady, the Sun danced in the sky, plunged towards Earth and emitted multicolored light.

Our Lady of Fatima Requested the Consecration of Russia

Sadly, as Cardinal Raymond Burke and many others have acknowledged, the Consecration of Russia has never been done in the manner requested by Our Lady.

Abortion: An Error of Russia

Without the Consecration of Russia, Our Lady warned that Russia would “spread her errors throughout the world.”

In 1917, the very same year Our Lady appeared in Fatima, Vladimir Lenin and his Bolsheviks overthrew the Tsar and brought communism to Russia. To export their ideology worldwide, the Russian communists sought to:

They also sought to undermine the family by promoting abortion. In 1920, Russia became the first country in the world to legalize abortions, dropping all restrictions on it from conception to birth.

Over the last 100 years, the above “errors of Russia” and others have been adopted by many countries around the world.

In 1969, abortion became legal in Canada and today, like Russia in 1920, Canada has no legal restrictions on killing an unborn child from his or her conception to birth.

The Message of Fatima: Heaven’s Peace Plan for Our Times

Despite the best efforts of thousands of good people over four decades, abortion – the modern-day slaughter of the innocent – continues unabated in Canada.

The solution to the problem of abortion is spiritual and was given by Our Lady at Fatima: The Pope in union with all the Catholic bishops must explicitly consecrate Russia to the Immaculate Heart of Mary.

Until that happens, each passing day brings us closer to the annihilation of nations and the eternal loss of many souls, which Our Lady of Fatima also warned about.

What Must We Do?

When Our Lady returned in 1929 to formally request the Consecration of Russia, She concluded Her words with a personal plea to Sister Lucia: “Sacrifice yourself for this intention, and pray!”

When we and others take these words to heart, and do the following things specifically requested by Our Lady of Fatima, the necessary grace will be given for the Consecration of Russia to be accomplished: