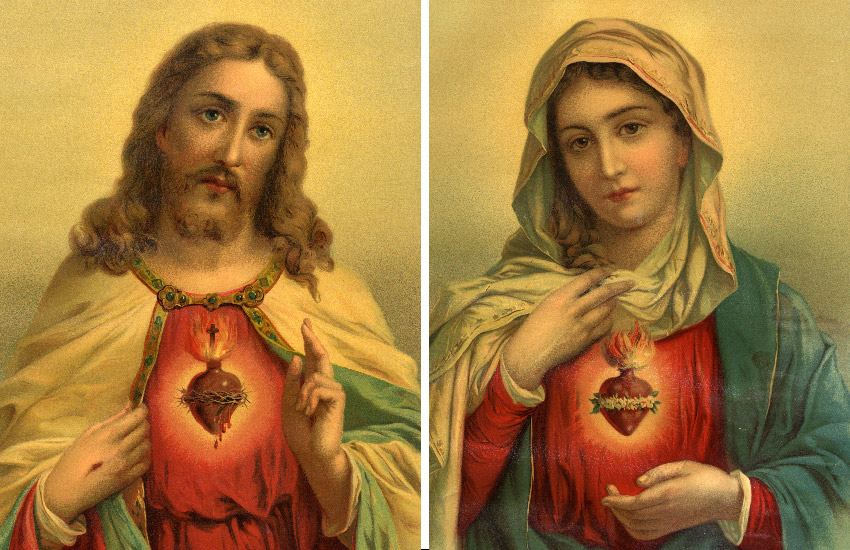 Enthrone the Sacred Heart in Your Home!

✠ J.M.J. ✠
“I want My whole Church to … put devotion to the Immaculate Heart
beside devotion to My Sacred Heart.” – Our Lord to Sister Lucia, 1936

It has been said that when a woman sees her child it is like watching her own heart walk around in another person. What a beautiful image this expression gives us to consider when we contemplate the Sacred Heart of Jesus in relation to the Immaculate Heart of Mary. The two are united with an intimacy that we can hardly begin to describe or comprehend, though we recognize it intuitively. It has ever been the “sense of the faithful” that the Holy Hearts of Jesus an Mary might reign together as one Heart, and that They should be honored as such together in every Christian hime.

What better time (now that the persecutions against the Church foretold by Our Lady of Fatima have reached the point of closing many of our parish churches!) to put this beautiful devotion of Home Enthronement to the Sacred Heart of Jesus into practice in your own home?

The resources below are intended to help deepen devotion to the Sacred and Immaculate Hearts through this and other traditional devotions of the Church. Please consider making a donation so we can continue with this endeavor, as well as our other initiatives.

What Must I Do to Enthrone The Sacred Heart in My Home?

GET MORE RESOURCES AT OUR ONLINE STORE: 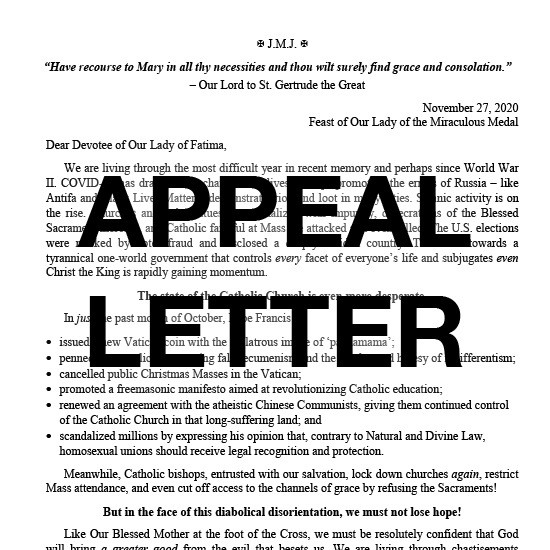 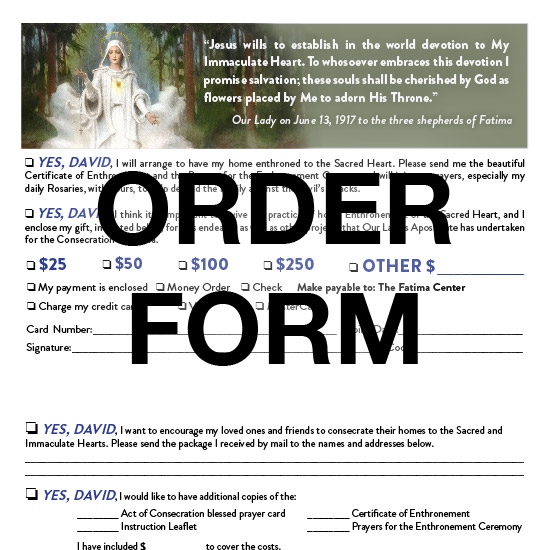 Devotion to the Sacred Heart of Jesus is as old as the Church itself, since it was from His Cross on Calvary that Our Lord manifested the outpouring of divine love from His Heart by the wound He suffered as His side was pierced. Moreover, it was at the Last Supper (mystically united as one and the same event with Calvary) when the Beloved Disciple, St. John, leaned upon Jesus’ bosom; that is, upon the Sacred Heart (cf. John 13:23). Which true follower of Christ would not desire to be such a beloved disciple imitating this holy example?

Later, Our Lord manifested His Sacred Heart to Saint Margaret Mary Alacoque, a humble nun of the Visitation of Mary (founded by St. Francis de Sales), in order that this devotion would be more widely propagated in a time when it was so greatly needed.

In June 1675, while revealing His Heart to the saint, Our Lord said: “Behold this Heart which has so loved mankind that It hath spared nothing, to the point of exhaustion, in consuming Itself to prove to men Its love for them; and in return I receive, for the most part nothing but ingratitude, irreverence, and sacrileges, as well as cold indifference and contempt in this Sacrament of Love.”

Our Lord entrusted to Sister Margaret Mary the mission of enriching the entire world with the treasure of this devotion. She relates to us that it was: “the last effort of His love that He would grant to men in these latter ages, in order to withdraw them from the empire of Satan which He desired to destroy, and thus to introduce them into the sweet liberty of the rule of His love.”

There are numerous beautiful ways to practice this devotion, one of which is to Enthrone an image or statue of the Sacred Heart of Jesus (along with the Immaculate Heart of Mary) in your home. In conjunction with the First Friday devotions, faithfully Enthroning the Sacred Heart is a sure way to receive the 12 promises for honouring His Heart, not least of which is the establishment of peace in the family; something so needed in these times.

In order to best partake in the Enthronement it is recommended that the family prepares itself leading up to the event. We hope that our videos and resources on this topic will help the family come to a deep understanding of the devotion and how to best receive the graces offered. Our instructional booklet will also help families to follow along in the ceremony, and perhaps even be an aid to priests who are willing, yet inexperienced in the devotion. Furthermore, The Fatima Center has always promoted the First Friday devotion, which offers the family a way to continually renew their love for the Sacred Heart, every month.

We encourage all the faithful to partake in this sacred devotion, and we hope that our resources may be of great use.