Part 7 – Basic Catechism on the Bible

“I wonder that you are so soon removed from Him that called you into the grace of Christ, unto another gospel. Which is not another, only there are some that trouble you, and would pervert the gospel of Christ. But though we, or an angel from Heaven, preach a gospel to you besides that which we have preached to you, let him be anathema. As we said before, so now I say again: If any one preach to you a gospel, besides that which you have received, let him be anathema.” (Galatians 1:6-9)

In my first semester of university at a so-called “Catholic” college, I took a World Religions Course. Admittedly, I had no idea what I was doing, and had virtually no religious formation up until that point. I was a lukewarm Catholic at best, and thought it would be interesting to study other religions. In the course we were exposed to a number of texts from all the major traditions of the world. The last writings we studied were the gnostic writings found in the various “lost gospels.” (The word “gnostic” comes from the Greek word for knowledge and implies a certain hidden knowledge found in the writings and beliefs of the proponents of Gnosticism.)

There are no lost gospels. The canon of Scripture is perfect, was codified under the guidance of the Holy Ghost, and ratified — yet again and most recently — by Pope Leo XIII in Providentissimus Deus. However, in a world of biblical misinformation and illiteracy, curious minds are primed for confusion about Sacred Scripture. Therefore, I recommend not looking into these things without a strong dependence on Our Lady, and without a strong formation in the Holy Scriptures. These gnostic writings are preternatural[1] in their inspiration and are designed to spark unhealthy curiosity in the hopes of fomenting confusion. In fact, the diabolical work of the blasphemous fiction, The Da Vinci Code, was largely inspired by these so-called “secret gospels.”

In 1945, a number of leather codices were discovered in an archaeological find at Nag Hammadi in southern Egypt. They are Coptic Egyptian translations of Greek Gnostic texts. It is possible that they were housed in a monastery in the region and were hidden away after St. Athanasius banned heretical documents. St. Irenaeus had already dealt with numerous pernicious forms of Gnosticism nearly two centuries earlier in France and Syria. His encyclopedic work Adversus Hæreses catalogues and refutes numerous gnostic sects. It also demonstrates just how early these heresies arose and how widespread they were. Many of the codices found in Egypt bear the name “gospel.” This was a common tactic used by Gnostics in order to associate their writings with official Christian texts. Many of these writings also employ the name of an Apostle in the title. For example, there is the “Gospel of Thomas”, the “Gospel of Judas”, and the “Gnostic Apocalypse of Peter.” Eerily, the first collection of the discovered works is called the “Jung Codex,” named after the famed psychoanalyst Carl Jung.[2] This should give us pause when we think of the proliferation of modern psychology throughout modern theology.

Although these gnostic texts may seem like merely an obscure genre of literature, we must remember that they are heretical and ultimately demonic. In fact, it is a common opinion that the ideals of Gnosticism are at the root of Eastern religions and paganism. A search for secret or hidden knowledge is of the same ilk as the Original Sin. When the Devil offers the forbidden fruit he offers the promise of “the knowledge of good and evil” that will “open their eyes” (Genesis 3:5). The Demon offers Adam and Eve a supposed hidden knowledge, hitherto kept from them by God. It should come as no surprise that in gnostic literature there is a theme of sympathy for Satan.

This gnostic trend is rampant in Freemasonry, and is the basis for all New Age trends of the day. Everything from astrology to yoga is based on the gnostic idea that a secret or inner discovery of knowledge will fulfill the spiritual longings of the human heart. Even much of today’s popular children’s literature, such as Harry Potter, is inspired by the gnostic desire to use hidden knowledge to control preternatural realms.

Our Faith teaches a healthy detachment from all worldly things. See what happens when you suggest to even practicing Catholics that they should rid themselves of Harry Potter or the practice of yoga. Often this notion is met with outright hostility and an irrational clutching at spiritually dangerous activities.

Our culture is rife with gnostic influences, and the false gospels are only one example. The best thing we can do is continue to form ourselves in good traditional biblical scholarship, whether through reading or audio content. If this is the first article you have read in this series on Biblical Catechesis, I suggest you begin with the first article in the series and form yourself in a truly Catholic understanding of the Bible.

In the meantime, let us heed the words of Pope Leo XIII: “Let us take our helper and intercessor the Virgin Mary, Mother of God, so that She, who from the moment of Her conception overcame Satan may show Her power over these evil sects, in which is revived the contumacious spirit of the demon, together with his unsubdued perfidy and deceit. Let us beseech Michael, the prince of the heavenly angels, who drove out the infernal foe; and Joseph, the spouse of the most holy Virgin, and heavenly patron of the Catholic Church; and the great Apostles, Peter and Paul, the fathers and victorious champions of the Christian faith. By their patronage, and by perseverance in united prayer, we hope that God will mercifully and opportunely succor the human race, which is encompassed by so many dangers.”[3]

[1] “Preternatural” means from the spiritual realm beyond the physical realm. It is used to describe spiritual phenomena from the angelic.  This should not be confused with “supernatural,” which is from God.

[2] If one studies the life of Carl Jung, it is quite evident that he sought esoteric knowledge through occult practices. This is a clear point of commonality between Jung and the gnostics of the first centuries. 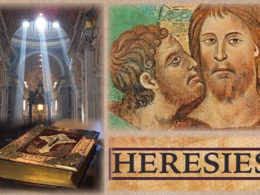 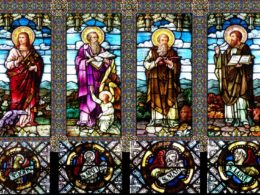 Authorship of the Four Gospels 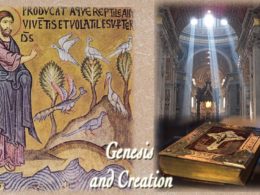 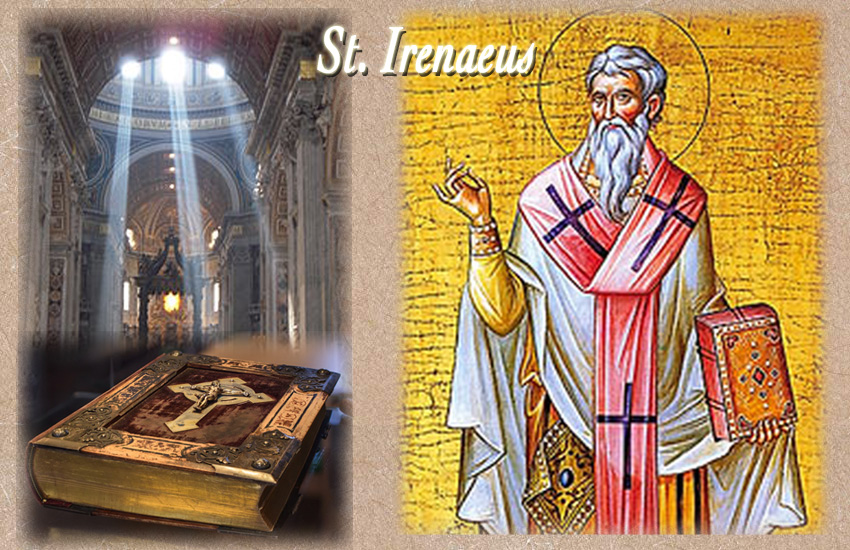