The Time of Mercy Is Running Out

Our Lady of Fatima, said:

“If people attend to My requests, Russia will be converted and the world will have peace. If not, Russia will spread its errors through the world, raising up wars and persecutions against the Church. The good will be martyred, the Holy Father will have much to suffer. VARIOUS NATIONS WILL BE ANNIHILATED.”

Sister Lucy has confirmed that if we do not heed the Message of Fatima in time, the whole world, including the United States and Canada, will be scourged and enslaved by Communist Russia.”

“WAR IS PUNISHMENT FOR SIN.”
… Our Lady of Fatima

1929  June 13. Our Lady returns asks for the Consecration of Russia by Pope and Bishops. The Hour is NOW. Promises, by this means, Conversion of Russia and world peace. 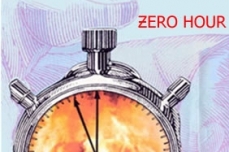 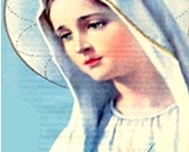 History of Death and Suffering Due to Disobedience to This Command of Our Lady of Fatima.

In 1917, Our Lady comes to Fatima. She explains war is a punishment for sin. She asks for prayers for peace. She predicts the end of World War I but states that worse punishments will befall the world if mankind does not amend.

At Fatima, the Blessed Virgin Mary gave God’s Peace Plan. She tells us that by God’s design, “Only I can help you” in this crisis. She asks for prayer, especially the Rosary and amendment of life.

To prevent World War II and other evils, She promises to return later with God’s command to the Pope and bishops. She says, “To prevent war, hunger, persecution against the Church and Holy Father, I shall come to ask for the Consecration of Russia to My Immaculate Heart and Communions of Reparation of the First Saturdays.”

God, through the intercession of Our Lady, authenticates the Message of Fatima with the Great Miracle of the Sun on October 13, 1917, before 100,000 witnesses.

“The Moment Has Now Come”

Our Lady then said, “The moment has come for God to ask the Holy Father to make, in union with all the bishops of the world, the Consecration of Russia to My Immaculate Heart. He promises to save Russia BY THIS MEANS.”

“In the end My Immaculate Heart will triumph. The Holy Father will Consecrate Russia to Me. It will be converted and a certain period of peace will be granted to the world.”

“It Will Be Late”

In 1931 Our Lord complained to Sister Lucy regarding His bishops: “They have not chosen to heed My Command … As the King of France they will regret it and they will do it, but it will be late … Russia will already have spread her errors throughout the world, provoking wars and persecutions against the Church, the Holy Father will have much to suffer.”

Jesus said in 1936: “The Holy Father will do it (the Consecration of Russia together with all the Catholic bishops), but it will be late.”

1984: After consecrating the world, Pope John Paul II says publicly that Our Lady of Fatima is still awaiting the Consecration of Russia.

Will the Pope and the Bishops Do the Collegial Consecration of Russia in Time to Prevent the Annihilation of Nations and Enslavement of Every Free Nation Including Canada & the U.S.A.??

Will the Time of Mercy Run Out and Entire Nations Be Annihilated & the Remainder of the World Enslaved Before the Pope & the Remaining Bishops Finally Obey this Command of God!