Ignore the Message of Fatima: At the Cost of Your Enslavement and Nuclear Destruction 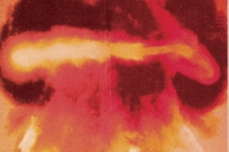 If we had already listened to Our Lady of Fatima, then we would not have had

All this evil is caused by sin. All these things happened because we ignored Our Lady of Fatima.

Worse still will happen IF:
We do not convert
We do not heed our Lady of Fatima

THEN:
Entire nations will be annihilated
Many will go to hell forever
Whole world, including U.S.A. and Canada, will be enslaved by Russia.

Marxism, Leninism, Communism is anti-Christ. Marx taught a satanic doctrine based on hatred of God and hatred of Man. Violence is the logical result of his errors. Lenin applied this doctrine in an organized way, imposing it on Russia. Lenin, in 7 years, was responsible for 20 million corpses. Stalin consolidated this system of organized murder and exported it to the world. As a result Stalin is responsible for 46 million corpses in 29 years. Russian communism continues to expand and impose by force its satanic, anti-God, anti-Christ, anti-Catholic system of slavery and death.

Only obedience to Our Lady of Fatima will stop this apocalyptic beast by converting Russia.

Today communism has not changed in its practice and doctrine of hatred, violence and death.
We must choose – if I decide I can ignore it, or I don’t have to obey this message, I have chosen wrongly.

#1: Obey the Message of Fatima

The consequences —
“If My requests are granted, Russia will be converted and there will be peace.”
— Our Lady at Fatima

“If people do what I tell you, many souls will be saved.”
— Our Lady of Fatima

#2: Disobey and/or Ignore the Message

The consequences —
• Many souls will go to hell forever
• “If My requests are not granted, Russia will spread its errors throughout the world raising up wars and persecution against the Church.
Many will be martyred, the Holy Father will have much to suffer. VARIOUS NATIONS WILL BE ANNIHILATED.”
— Our Lady of Fatima

To wilfully ignore the plea of Our Heavenly Mother would be a serious sin. Of this, Bishop Graber of Germany has said, “Knowing that the world can be utterly destroyed by the terrible weapons of mass destruction today and knowing too that this can be averted by prayer and penance as the Most Holy Virgin reminded us at Fatima, it is my sacred obligation to utilize these twin means of salvation, prayer and penance. Neglecting them, I incur guilt in the destruction of the peoples. The omission of prayer and penance — I say this in all seriousness — is a crime against humanity.”

IF WE CONTINUE TO IGNORE OUR LADY OF FATIMA:

“Every nation in the world without exception will eventually be enslaved and scourged by communism.”
— Message of Fatima