The world is increasingly convulsed by a series of deepening crises that appear beyond the capacity of human beings to alleviate or solve. The evidence of social stress and moral decay is everywhere around us. In particular, the family, the wellspring and guarantor of civilization, is beset and beleaguered on all sides, caught in a rising tide of abortion, divorce, drug and alcohol abuse and inter-generational conflict. As we look around us, we see a world fast collapsing into violence, corruption and sin. Whether on the blood drenched “killing fields” of Lebanon or Bosnia or on the “mean streets” of New York or Los Angeles, the lives of millions of ordinary people remain in terrible (and growing) peril. 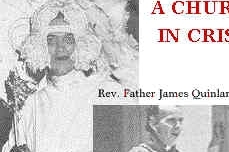 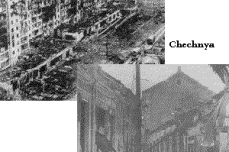 Within the Catholic community, there are additional causes for concern. Our increasingly empty pews, confessionals, seminaries and convents are grim testimony to the continuing crisis within our Holy Faith. In the vast majority of industrialized nations, attendance at Mass has fallen into single digits (in Germany, for example, less than five percent of all Catholics regularly attend.

Mass and the numbers are not much better in North America). Since the close of the Second Vatican Council in the early 1960s, the Church has witnessed its influence and authority decline to a level not seen in more than 1800 years! Many theologians and Fatima authorities now believe that this crisis within the Catholic Faith is the subject of the still-unreleased Third Secret of Fatima and contains Heaven’s answer to the widespread chaos and confusion within the Church.

As we approach the new millenium, the God-given right of all human beings to life is under violent attack on all sides. Since the legalization of abortion in the United States, more than 30,000,000 children have been murdered in their own mother’s wombs. Around the globe, this silent “slaughter of the innocents” continues to produce a holocaust of death unparalleled in human history. Current trends to legalize euthanasia and broaden the use of so-called “mercy killing” in the United States, Canada and throughout Europe are certain to result in the deaths of additional millions of elderly, infirm and/or otherwise “unwanted” human beings.

Certainly, some of the terrible problems confronting the world can (and should) be solved within the family circle and by men and women of good will working within their own spheres of influence. Nevertheless, many problems remain beyond the scope of the ordinary individual. Government, far from providing solutions, is all too often the source of the problem. So too, science and industry, once hailed as the new “saviors” of mankind, have produced vast social and cultural disolocations and given birth to technologies that threaten the lives and well-being of billions of men, women and children. One does not have to be “anti-science” to recognize that difficult dilemmas like climatic change, nuclear war and pollution threaten everyone.

While some of the problems we face today are the result of natural or historical processes, it is increasingly clear that many others are the deliberate product of forces opposed to the Christian Faith and consciously dedicated to the destruction of our civilization’s most treasured values and ideals. The rise of Communism in the first half of the 20th Century engendered the widespread glorification of materialism and atheism, establishing a new “religion of man” without and opposed to God. Speaking at Fatima six months before the Bolshevik Revolution, Our Lady warned that if man did not stop offending God, He would use Russia as His chosen “instrument” to punish the world. She further declared that, if Her Fatima requests (especially for the consecration of Russia) were not heeded, that Russia would “spread her errors across the earth, raising up wars and… annihilating various nations.”

And just as God’s Mother predicted, the “errors” of Russia — materialism, militant atheism, totalitarianism, abortion, euthanasia and genocide — have spread across the face of the earth, leaving mountains of corpses as the “fruits” by which “ye shall know them” (Matthew 7:16). Dozens of nations and peoples have been mercilessly exterminated in the name of philosophies and political parties deriving from the same anti-God, anti-religious doctrine first enshrined into law in Bolshevik Russia in 1917. Despite the much-heralded “death of Communism,” the 40,000 corpses lying in Chechnya today demonstrate that Russia’s “errors” continue to exact a relentless and bloody toll on the world’s people.

At Fatima, Our Lady declared: “Only I can help you.” Considering the confusion, chaos and violence surrounding us everywhere today, Her words seem less a prophetic promise than an obvious and undeniable statement of fact.