At Fatima, the Blessed Mother did not ask individual souls for anything particularly difficult. She repeated to men a message they had been ignoring for some time.

Of course, God will reward those souls who generously perform extra penances, as the three shepherd children did. When the children tied rough rope around their waists as a penance, Our Lady told them: “God is satisfied with your sacrifices.” We have been told, “From every one who has been given much, much will be required” (Luke 12:48). Those of us to whom God has given much should strive to generously use our talents and make greater sacrifices for His greater honor and glory, lest we be judged for wasting our gifts.

Our Lady also stressed to each person the need for prayer and the great value of prayer. St. Alphonsus tells us that “he who prays will be saved; he who does not pray will be damned.” Our Lady instructed the children to recite at least five decades of the Rosary daily, and to pray especially for peace, for poor sinners and for the Holy Father. In the Fatima Message we learn that if we turn to God in humble prayer — confident and persevering — He will respond, and give us many graces in return: “The Hearts of Jesus and Mary are attentive to the voice of your supplications”, the Angel told the children. The Five First Saturdays devotion was also given to individuals, in order to gain the grace of final perseverance at ones death and to console Marys wounded Heart.

If individuals respond to the requests of Our Lady of Fatima, they will gain many benefits. They will be granted peace in their hearts and in their families. They will help to save many souls from hell. They will appease God and console the Immaculate Heart of Mary, and will receive numerous graces. And when enough souls have responded to Our Lady of Fatimas requests, then the Pope and the bishops will finally consecrate Russia and there will be peace in the world.

If individuals do not respond to the requests made by Heaven at Fatima, however, they will have a terrible price to pay. The world will be afflicted with wars, famine, the martyrdom of the good, persecution of the Church and the Holy Father, the annihilation of nations, and apostasy from the one true Faith. Yet even worse than these material chastisements, they will be in grave danger of losing their souls for all eternity in hell.

The present state of the world attests to the fact that most individuals have chosen to ignore the requests of Our Lady of Fatima: wars rage the world over, the Church is in a state of crisis, apostasy is almost everywhere, millions of the innocent unborn are murdered every year. And meanwhile God and the Immaculate Heart are increasingly offended, as men continue to draw Gods wrath upon themselves through their stubborn adherence to sin and their refusal to reform their lives in conformity with Gods will. 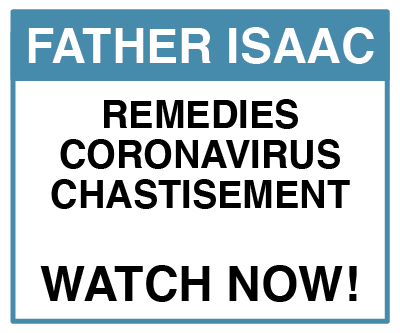