On June 13, 1929, while Sister Lucy was at the novitiate of the Dorotheans at Tuy, Spain, Our Lady fulfilled Her promise of July 13, 1917: “I shall come to ask for the consecration of Russia …” Sister Lucy writes1 that, as she was praying by herself in the convent chapel at midnight with only the sanctuary lamp lit:

Suddenly, the whole chapel lit up with a supernatural light and on the altar appeared a cross of light which reached the ceiling. In a clearer light, on the upper part of the cross, could be seen the face of a man with His body to the waist, on His chest a dove, equally luminous; and nailed to the cross, the body of another man. A little below the waist (of Christ on the cross), suspended in the air, could be seen a Chalice and a large Host, onto which some drops of blood were falling, which flowed from the face of the Crucified One and from the wound in His breast. Running down over the Host, these drops fell into the Chalice.

Under the right arm of the cross was Our Lady with Her Immaculate Heart in Her hand … (She appeared as Our Lady of Fatima, with Her Immaculate Heart in Her left hand, without sword or roses, but with a crown of thorns and flames). Under the left arm [of the cross], in large letters, like crystalline water which flowed over the altar, these words were formed: “Grace and Mercy”. I understood that the mystery of the Most Holy Trinity was shown to me, and I received lights about this mystery which I am not permitted to reveal.2

Our Lady then said to Sister Lucy:

The moment has come when God asks the Holy Father to make, in union with all the bishops of the world, the consecration of Russia to My Immaculate Heart, promising to save it by this means. So numerous are the souls which the justice of God condemns for sins committed against Me, that I come to ask for reparation. Sacrifice yourself for this intention and pray.2

The request for the solemn public Consecration of Russia by the Pope and all the Catholic bishops, expressed through Our Lady to Sister Lucy, is a request made by God Himself. At Tuy Our Lady said to Lucy: “The moment has come when God asks the Holy Father to make ”

For almost 1,000 years the rejection of Gods most holy will and the rejection of God Himself has been escalating. In 1054 A.D. the Orthodox schism started when they said “yes” to God, “yes” to Christ, “yes” to His Church, but “no” to the Pope  the Vicar of Jesus Christ. They do recognize him as “first among equals”, but do not recognize his primacy of jurisdiction over all the Patriarchs, Cardinals, and bishops of the Church.

In 1517 Martin Luther said “yes” to God, “yes” to Christ, “no” to the Catholic Church and “no” to the Pope. He claimed to have fidelity to God and Our Lord, but rejected the Church. Yet, it is impossible to remain faithful to Christ while rejecting His Bride, the Church.

In 1717 Freemasonry said “yes” to God, “no” to Christ, “no” to the Catholic Church and “no” to the Pope. They claimed to acknowledge God (not the true God, but their own conception of God), but no longer wanted Christ and His Church. Again, it is impossible to serve God while rejecting His Son: “I and the Father are one,” Our Lord said.

Finally, in 1917 Lenin said “no” to God, Christ, the Catholic Church and the Pope. With communism, we see the culmination of what was begun with the Orthodox schism and the Lutheran heresy: the bold rejection of not only the Catholic Church, but also the rejection of Jesus Christ and even the very notion of an Almighty God. The Consecration of Russia will reverse the upheaval and revolt against God begun by the Orthodox schism of 1054, furthered by Luthers heresy of sola scriptura, added to by the apostasy of Freemasonry and intensified by Communism.

It is these “No’s” that will be reversed by the consecration of Russia. As Our Lord said, the Church is His bride. You find that in Ephesians. We cant be for Christ and against His Church as Luther taught. We cant be for God and against Christ. As Our Lord said to the Pharisees: “If God was your Father, you would accept Me because I am the image of My Father. I and the Father are One. No, your father is the devil.” God the Son is the image of the Father. “Philip. Do you not know I and the Father are One? You have seen Me, you have seen the Father.” And so in a certain sense, Marx was just fulfilling, by saying “No” to God, the logic thats inherent in “No” to Christ, “No” to His Church and “No” to His Vicar on earth. But all of these things will be reversed by the consecration and the conversion of Russia. Even the “No” of the Orthodox, denying the Papal Primacy in 1054 A.D., will be reversed.

So when we finally do get the Consecration of Russia and world peace we must remember that it did not come through me. It is not through any of you, or all of us together. It is not even through the merits of the Holy Father, but it is the merits of Our Lady.

The people will do several things. They will say thanks be to God and Our Lady that we have received this grace of world peace. Thanks be to God the Son for becoming man and founding and sustaining His one true Church, the Catholic Church.

They will also say, thanks be to God for clearly indicating the power, the prestige, the importance of the Catholic Hierarchy and especially the primacy that the Pope has over the bishops of the Church. Because this Consecration will take place by the direct order of the Pope who commands the bishops, the people will then see that the Pope is not an equal among the bishops but that he is their superior. This action of the Consecration will clearly, publicly and definitively manifest to the whole world in a most miraculous way the will of God that the Papacy is founded by God and the Pope not only has the primacy of honor but also primacy of jurisdiction over all other Bishops.

In the last analysis, God has given to the Church and the world this unchangeable plan of His to obtain world peace only by means of the Pope and Catholic bishops consecration of Russia to the Immaculate Heart of Mary. Almighty God has so decreed to demonstrate to the Church and the world not only the necessity and importance of devotion to Our Lady, but also to demonstrate through this consecration of Russia and the consequent world peace, that He has founded only one Church, the Catholic Church and that He has established therein the hierarchy of the Catholic Church, and He has given the primacy of authority in the Church to the Pope.3

Since God has been publicly insulted by atheistic Communism, the chief error of Russia of which Our Lady warned in 1917, He asks that public reparation be made for this grave blasphemy through a rededication of the country and the peoples of Russia to Gods service. However, He has ordained that it be done in a certain way.

Speaking of Our Lady, Saint Bernard tells us, “There are many things imperfect in our offerings to God that She will make acceptable to Him.” St. Alphonsus Liguori explains that if we want our gift to be received by Almighty God, we should offer it through the Blessed Virgin Mary.

God desires the Consecration of Russia to come through the hands of His Blessed Mother, who will not only make the consecration more pleasing to Him, but Who will draw the world to Her Immaculate Heart through the subsequent peace She will bring to it. Shortly before her death, Blessed Jacinta of Fatima told her cousin Lucy,

Through the conversion of Russia to the Catholic Faith, the subsequent missionary activity of a converted Russia, and through the moral miracle of Russias conversion, the rest of the world will be converted. We cannot have the peace of Christ in the whole world without the conversion of the world to the one true religion that Jesus Christ founded, namely the Catholic Faith. The Consecration of Russia to the Immaculate Heart of Mary, when performed as was specifically requested, will bring schismatics, Protestants, Masons, Communists and all peoples into the fold of the one true Church, and under the protection of the Immaculate Heart of Mary, which will then be loved and honored as Our Lord desires.

Finally, the request at Tuy, for the Consecration of Russia, was especially distinguished by the role the bishops of the Church, and specifically the Holy Father, have been given in Gods plan for peace. The faithful, for their part, had been instructed in prayer and sacrifice in the apparitions at Fatima, and their prayers and sacrifices can help bring about the Consecration. At Tuy, however, the Pope is designated as the one primarily responsible for future peace: “God asks the Holy Father ” The peace of the world, we are told in the Fatima Message, depends upon the Pope and the worlds bishops obeying the request for the Consecration of Russia to the Immaculate Heart of Mary. It cannot and will not come about through any other means.

On May 5, 1917 the Holy Father, Pope Benedict XV, publicly begged the Blessed Mother to show him and mankind the way to peace. Like a loving Mother She readily consented, and on May 13  8 days later  She came to show the Pope and mankind how to obtain peace for the whole world, but on the condition of the Holy Fathers and the Churchs faithful cooperation with the requests made of them. (For a further explanation of this point, read “Today Everything Depends on the Pope”, in Issue 34 of The Fatima Crusader, for a more in-depth analysis of the unique and necessary role God has given the Pope.)

1. Upon the request of her spiritual director, Father Goncalves, Sister Lucy recorded the account of the apparition, in May of 1936. Found in Frère Michel de la Sainte Trinitè, The Whole Truth About Fatima, Volume II: The Secret and the Church, p. 504. 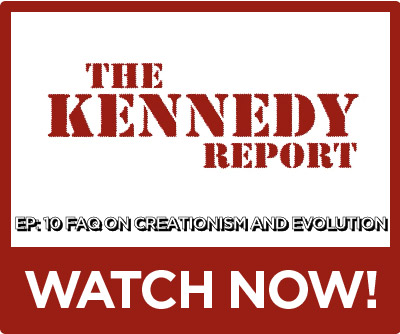