Join us in Reparation for Our Nation
CLICK HERE

The Blessed Virgin Mary, the Mother of God, appeared six times to three shepherd children (“The Three Seers”) near the town of Fatima, Portugal between May 13 and October 13, 1917. Appearing to the children, the Blessed Virgin told them that She had been sent by God with a message for every man, woman and child living in our century. Coming at a time when civilization was torn asunder by war and bloody violence, She promised that Heaven would grant peace to all the world if Her requests for prayer, repration and consecration were heard and obeyed.

“If My requests are granted … there will be peace” 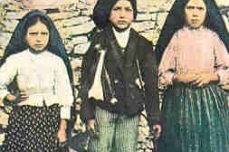 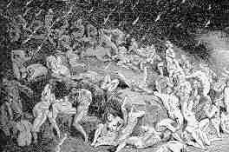 Our Lady of Fatima explained to the children that war is a punishment for sin and warned that God would further castigate the world for its disobedience to His Will by means of war, hunger and the persecution of the Church, the Holy Father and the Catholic Faithful. God’s Mother prophesied that Russia would be God’s chosen “instrument of chastisement,” spreading the “errors” of atheism and materialism across the earth, fomenting wars, annihilating nations and persecuting the Faithful everywhere.

“If My requests are not granted, Russia will spread its errors throughout the world, raising up wars and persecutions against the Church. The good will be martryed, the Holy Father will suffer much and various nations will be annihilated.”

In all Her appearances at Fatima, the Blessed Mother repeatedly emphasized the necessity of praying the Rosary daily, of wearing the Brown Scapular of Mount Carmel and of performing acts of reparation and sacrifice. To prevent the terrible chastisement at the hands of Russia and to convert “that poor nation”, Our Lady requested the solemn public Consecration of Russia to Her Immaculate Heart by the Pope and all the Catholic bishops of the world. She also asked that the Faithful practice a new devotion of reparation on the first Saturday of five consecutive months (“The Five First Saturdays”)

The heart of Our Lady’s Message to the world is contained in what has come to be called the “Secret” which She confided to the three child seers in July 1917. The Secret actually consists of three parts, the first two of which have been publicly revealed.

The first part of the Secret was a horrifying Vision of hell “where the souls of poor sinners go” and contained an urgent plea from Our Lady for acts of prayer and sacrifice to save souls.

The second part of the Secret specifically prophesied the outbreak of World War II and contained the Mother of God’s solemn request for the Consecration of Russia as a condition for world peace. It also predicted the inevitable triumph of Her Immaculate Heart following Russia’s consecration and the conversion “of that poor nation” to the Catholic Faith.

The last part of the Secret (often called the “Third Secret”) has not yet been made public, but was written down by Lucy Dos Santos, the last living Fatima seer, in 1944 and has been in the possession of the Holy See since 1957. Most informed sources speculate that this portion of the Secret concerns chaos in the Catholic Church, predicting widespread apostasy and a loss of faith beginning in the seventh decade of the 20th Century. 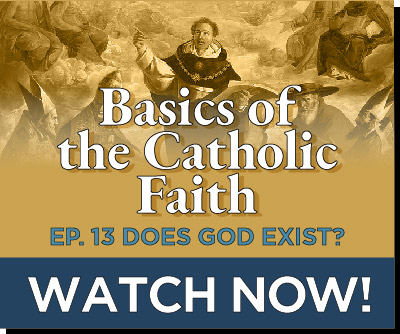